Written by Jamey Keaten in Race Relations, Setting It Straight with 0 Comments 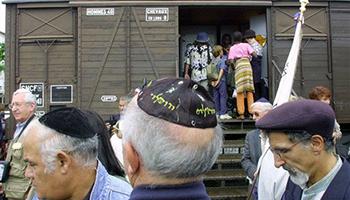 France will be compensating thousands of Holocaust survivors and family members in the United States and elsewhere. They will be entitled to compensation from a $60 million French-U.S. fund - reparations to those deported by France's state rail company SNCF during the Nazi occupation. As part of the deal, the U.S. government will work to end lawsuits and other compensation claims in U.S. courts...
Continue Reading
December 10th, 2014 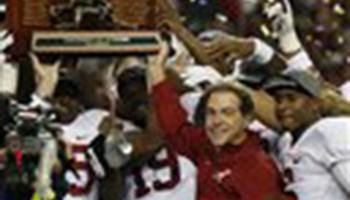 There has been a long-standing graduation gap between black and white football players who play for those schools with teams that are good enough to play in the annual bowl games. A study of this year's bowl-bound schools released Monday revealed a narrowing gap between the graduation rates of white and black players. According to the annual report by The Institute for Diversity and Ethics in...
Continue Reading
December 9th, 2014 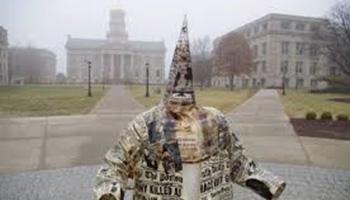 Could any good come from the KKK art display that has caused such a stir at the University of Iowa? Apparently, a 7-foot-tall rendition of a robed Klansman prominently displayed on the university’s campus by a visiting professor was unwelcomed by many black students who made their objections know to university officials. The display was removed, without a strong reaction from university...
Continue Reading
December 5th, 2014

Written by The Associated Press in Race Relations, Setting It Straight with 3 Comments 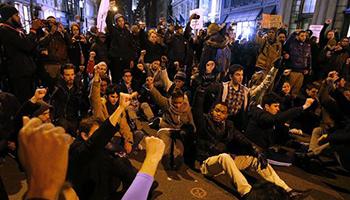 Protesters decry the grand jury verdict of not to charge a police officer in the death of Eric Garner by taking to the streets in New York City, Washington. DC, Chicago and other cities. Civil rights leaders also decried the grand jury decision not to charge a white New York City police officer in the chokehold death of a black man and announced plans for a march and a summit on racial justice in...
Continue Reading
December 3rd, 2014 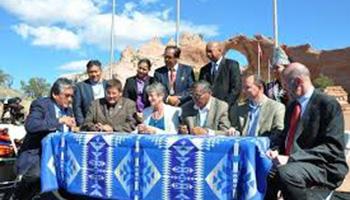 Funds from the American Indian discrimination settlement with the U.S government is in dispute. More than $380 million in government dollars left over from a federal discrimination settlement with American Indians is in limbo amid disagreements over how the money should be spent. U.S. District Court Judge Emmet G. Sullivan on Tuesday reviewed a proposal to form a new foundation to help American...
Continue Reading