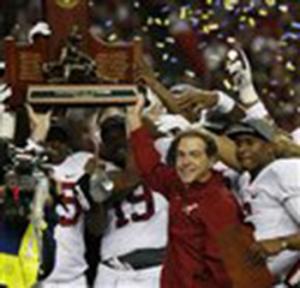 There has been a long-standing graduation gap between black and white football players who play for those schools with teams that are good enough to play in the annual bowl games. A study of this year's bowl-bound schools released Monday revealed a narrowing gap between the graduation rates of white and black players.

According to the annual report by The Institute for Diversity and Ethics in Sport, the average graduation success rate for black football players at bowl schools is 67 percent compared to 85 percent for whites. The 18-point gap is the smallest in the study's history.

All bowl-bound schools also received a score higher than 930 - equivalent to a 50 percent graduation rate - in the NCAA's Academic Progress Rate.

The NCAA created the APR system in 2004 to more accurately measure student-athletes' academic success and graduation rates. The Graduation Success Rate, developed in 2005, measures graduation rates of Division I schools after four years and includes students transferring into the institutions. The GSR also allows schools to subtract athletes who leave before graduation, as long as they would have been academically eligible to compete if they remained. 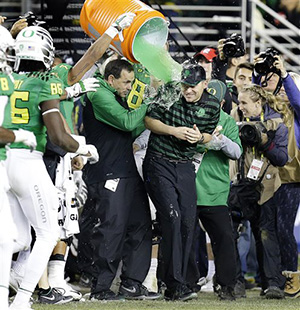 Richard Lapchick, the study's principal author, said that while the racial disparity gap in the graduation rates of whites and blacks is still too high, he thinks the progress shown in this year's report is encouraging. He said he would eventually like to see the overall gap shrink to at least 10 percent or less.

"I think it indicates almost every measure that things have gotten better over the last year," Lapchick said. "The fact all four teams in playoffs have solid graduation records - that may not have happened several years ago."

Nine schools had GSRs for their black players that were higher than the rates for whites, up from five schools in 2013. They were: Arizona, Air Force, Utah State, Rice, Notre Dame, Duke, Utah, Stanford and UCF. Penn State had the same GSR for both its African-American and white players.

"It shows that it can be done," Lapchick said. "The gap can be not only closed, but it can be level or better."