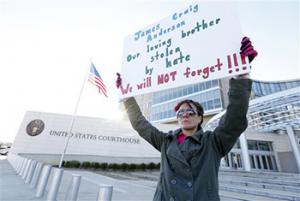 Amelie Hahn, braves cold weather as she holds a poster memorializing the 2011 rundown death of James Craig Anderson in front of the federal courthouse in Jackson, Miss., Wednesday, Jan. 7, 2015. Two of the men charged in the series of 2011 racial beatings that resulted in Anderson's death attended change-of-plea hearing. Photo Credit: The Associated Press, Rogelio V. Solis.

Ten white Mississippi Teens, now young men and women, have been found guilty of random hate crimes against blacks, which included the murder of an unsuspecting victim, James Craig Anderson.

A group of young white men and women who killed Anderson, a black man in Jackson, Mississippi, in 2011 had periodically roamed the city that spring, attacking African Americans at random, and police never heard about it.

What prosecutors said would be the last two pleas came before U.S. District Judge Henry T. Wingate in Jackson. John Louis Blalack, 20, of Brandon pleaded guilty to two felony hate crimes charges in an agreement with prosecutors. He faces up to 20 years in prison and fines up to $500,000.

Robert Henry Rice, 21, also of Brandon, pleaded guilty to one felony hate crime charge. He faces up to 10 years in prison and $250,000 in fines.

Both were then taken to jail in handcuffs, joining eight others being held awaiting sentencing. 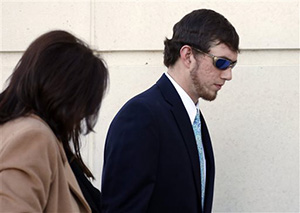 Blalack was one of seven people present the night that Anderson was killed. Answering questions from Wingate, he admitted between tears and sometimes in a whisper that he helped collect beer bottles from a birthday party and bonfire in exurban Puckett to use as missiles, and rode to Jackson in a Jeep.

It was the last in what Blalack said were fewer than 10 forays to what the group called "Jafrica" - a combination of Jackson and Africa - to assault black people. It ended in a hotel parking lot where the group spotted Anderson, who appeared to be intoxicated. Blalack said he helped distract Anderson while a second truck came, and then watched as John Aaron Rice and Deryl Paul Dedmon beat Anderson. As Dedmon left in the second truck, he ran over Anderson.

The actions were captured on a hotel surveillance camera, drawing widespread national attention.

Blalack said the Jeep left moments before the rundown, but circled back to see Anderson's lifeless form after Dedmon phoned to say "I just run that n----- over." 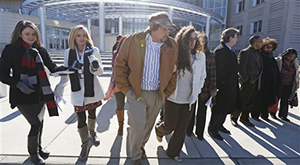 Robert Henry Rice wasn't present the night of June 26. He pleaded guilty to one count Wednesday, admitting he drove the vehicle on a night when three of his friends beat a black man near a golf course until the man pleaded for his life. He had been indicted on four counts.

Rice, the brother of John Aaron Rice, told Wingate he blamed his behavior on "stupid decisions" and "being around the wrong people"

"They asked if I wanted to go ride around," Robert Henry Rice said. "They needed somebody to drive them."

In a series of forays, prosecutors say the group threw beer bottles at people, shot ball bearings from a slingshot and tried to run someone down. Blalack said that at least one of the trips was in Brandon, and that while most of the intended victims were black, at least one was white. U.S. Attorney Gregory Davis said authorities have never found anyone else who was victimized.

"But they didn't know or care about any of that," Davis told reporters after the hearings. "All they knew was Mr. Anderson's skin color was black and because of that, they judged him unworthy of his humanity."

"The hate crimes to which these defendants have pleaded guilty were as shocking as they were reprehensible - targeting innocent people for racially-motivated acts of violence that inflicted grievous harm and even claimed a life."

When it was noted that these man brutalize Mr. Anderson and all the evidence was in place how could they take 4 years to come to a verdict. Mr. Anderson sister shouldn't have had to protest and demand for change to seek justice. They took advantage of this Mr. Anderson. The men that were involved were supposedly Christians; children of GOD, why be so wrapped in hate to where you can't see that whatever you are doing is ruining your own life. Rice didn't even believe that he was capable of doing such acts until he watched his friends victimize African Americans. He saw that they found joy in it along with getting away with it so he decides to act on it; this an example of modeling and cognitive behaviorism.