Do Black Musicians Need To Be More Socially Conscious? 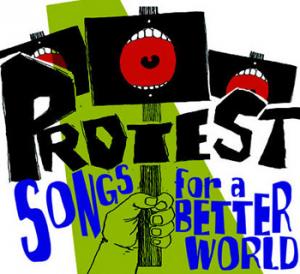 The protest song is widely considered to have reached its zenith during the social unrest and upheavals in the 1960s and 1970s. Photo Credit: shoeuntied.wordpress.com

Question:  Are black musicians as socially conscious in their songs today as they were 50 years ago? And, does society still need these types of songs?

-- Songs of My Father, in Seattle

Dear Songs of My Father,

Protest and other socially conscious type songs have been around for at least since the 1300s according to some social scholars.

The first such song was perhaps "The Cutty Wren" The song sprang from the frustrations of feudal oppression in England during the peasant's revolt in 1831.

Since that time countless other generations fed up with the ills and perceived unrighteousness of society and its hierarchy chose to make their discontent in song. The music spoke for the people and in many cases pushed them into action.

The protest song is widely considered to have reached its zenith during the social unrest and upheavals in the 1960s and 1970s. That was the time when singers like Bob Dylan, Sam Cooke and Edwin Starr sang songs like "Blowing in the Wind, "A Change is Gonna Come" and "War," to draw attention to civil rights and the war.

Even in the 1980s, socially conscious protest songs could still be heard on the radio and blaring from boom boxes. Groups like Public Enemy, Grandmaster Flash and the Furious Five brought the ills of society right to the nation's doorstep, forcing America to look at its injustices. 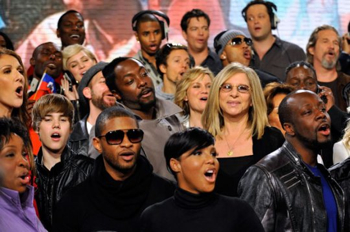 Today, it seems like pop singers and rappers are more concerned with partying, girls and fancy rides than the ills of society. Rappers like Lil' Wayne chose to rap in celebration of sex conquests and drug use more than point out what ails urban communities.

But Dr. Cedric Dent, professor at Middle Tennessee State University as well as a musician begs to differ on the subject that socially conscious music is dead. He says artists are more socially aware today than they have ever been. He cites Common, John Legend, Nas India Arie and Stevie Wonder as just a few examples.

"I'm reminded of a recent Justin Timberlake and Jay Z live performance of the song," Young Forever," that was dedicated to Mr. Trayvon Martin, the black youth that was senselessly killed by an overly zealous neighborhood watch person in Florida," Dr. Dent says.

When it comes to other forms of entertainment like movies, Dr. Dent says films like Lee Daniels' "The Butler," speaks to the progress of blacks and the state of black/white relations in this country.

Dr. Dent adds that it may seem like artist are less socially conscious today. But part of that has to do with the constant turmoil in the Middle East and the subsequent spotlight on people of Middle Eastern descent.

"But make no mistake, black entertainers continue to make their voices heard when it comes to social issues," Dr. Dent says.

Yes there are rappers and pop artists out there who's lyrics only consist of drugs sex and alcohol but there are others who seem to contrast their peers. Like the article says there are singers like Stevie wonder who sing about things other than sex and drugs. Take Bob Marley for example, his song no woman no cry. I encourage you to taker a look at his song lyrics. Some artists actually have a clue as to being role models and getting word out there on social injustices or everyday things like poverty.

Not all artists and rappers are like that. Eminem being one that raps about how he grew up and the struggles of life. I feel that if singers and rappers talk about the troubles of society something might happen to them. If they write about the troubles in the middle east they might think something could upset someone and they end up like Tupac. There are different worries now than there use to be.

I believe music is an art. It is also a gift. We are blessed with different ones, what we choose to do with, or if we choose to use them is our choice. Black Musicians, well and all Musicians have an opportunity and responsibility to their cultures to give a message they want heard. The Constitution states we all have the right. We also have a duty to do it respectively. Their voices are loud for many to hear. If they choose not to, what does that statement make?