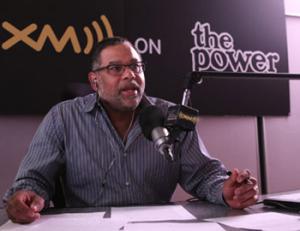 The Edward Snowden affair has unique issues that concern some in the African American community, according to Dr. Wilmer Leon, a political scientist, syndicated columnist and radio show host.

Snowden is the contractor who revealed that the National Security Agency (NSA) has been monitoring Internet traffic and telephone metadata. After he revealed the NSA's mass surveillance program, Snowden fled to Hong Kong, China and eventually Russia.

Leon said that President Barack Obama maybe should have shown extra sensitivity to the issue of the government spying on U.S. citizens, considering the history of the African-American community and the FBI.

"We have a historical precedent of the U.S. government wiretapping American citizens and using the information to undermine legal efforts," Leon said. He cited examples of former FBI Director J. Edgar Hoover, who illegally spied on Dr. Martin Luther King and the Black Panthers. "Those activities were at the core of what America professes to be about – life, liberty and the pursuit of happiness," Leon said.

Leon was not surprised that the U.S. government is spying on its own citizens. But he was surprised at the size and breadth of the program. He was also glad that the story had come to light.

Leon wonders whether Snowden should be considered a patriot of sorts in trying to protect individual rights. "He did the American people a great service but whistleblowers are not treated as heroes," Leon said. They tend to still suffer the backlash and retribution of the government. It's a tough game he chose to play."

Dr. Leon, like many, doubts that Snowden, who has been given a Russian visa, would ever come back to the United States – at least not as a free man. He predicts that Snowden will eventually settle down in Ecuador, Argentina, Venezuela or Cuba.

He also said the Snowden affair could affect U.S.-Russia relations which are strained because of the Syrian conflict. The U.S. is backing the Syrian rebels, while Russia backs President Bashar al-Assad, the current Syrian leader.