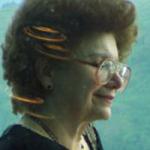 Marlene Caroselli is the author of 60+ business books, including Jesus, Jonas, and Janus: The Leadership Triumvirate (available on Kindle and Nook). After earning her doctorate in education at the University of Rochester, Marlene Caroselli left the public classroom and her native New York State in 1980 and headed to the West Coast. She soon began working as a manager for Trizec Properties, Inc. and as an adjunct professor for UCLA and National University. She has also conducted programs for Clemson University, University of Rochester, Michigan State University, and Southwest Missouri State University. In 1984, she founded the Center for Professional Development and began adding books to her list of professional achievements. Her first book, The Language of Leadership, was chosen a main selection by Newbridge's Executive Development book club. In addition to books, Dr. Caroselli writes frequently for Stephen Covey's Executive Excellence, for the Employment Times, as well as for numerous other print and electronic publications. She has conducted training in more than half the states in the United States and has presented programs as well in Guam, Singapore, Montreal and Sao Paolo, Brazil. Her corporate clients include Eastman Kodak, Xerox, Bausch & Lomb, Mobil, Chevron, Rockwell, Hughes Aircraft and Magnavox. Numbered among the federal agencies with which she has worked are the Departments of Defense, Labor, Transportation, Agriculture, Interior, the General Services Administration, and the Bureau of Indian Affairs.