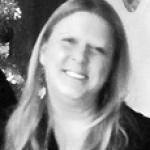 Katherine Nussberger, Managing Editor, joined our team in October 2009 after more than 15 years as a journalist in both Arizona and Idaho,and managing editor of two hardcopy newspapers in North Idaho. She was also the online editor for a website news source in the same region, which she later developed into a hardcopy publication for her local community. Kathy worked as a co-editor of a professional print and online newsletter that delved into the issues surrounding the struggling teens industry of private schools and programs throughout the world. In her spare time, Kathy worked as the regional director for a non-profit organization that strives to close the multicultural gap between our American youth and high school students from over 75 countries throughout Europe, Asia, the Middle East, Central America, and several states from the former Soviet Union, which added to her knowledge of racial, ethnic, and cultural issues througout the world. Contact: knussberger@usaonrace.com or knussberger@nidaho.net