Sushi and Beyond ... Cultural Uniqueness In Japanese Fare 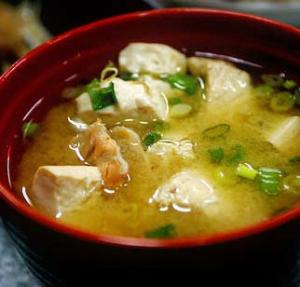 Japanese sushi has become a trendy meal in the United States over the past few years. However, its place in Japanese food is often misunderstood or mischaracterized. Those fearful of bellying up to a sushi bar are often shocked to find that sushi is not raw fish, but vinegar-flavored rice that accompanies some Japanese meals. Originally, sushi was used to wrap and preserve fish — the actual rice was not eaten.

The hand-formed balls of sushi (Nigirizushi) topped with delicately sliced raw fish (sashimi) has become the image of sushi. These one-bite pieces are dressed with wasabi, distant cousin to horseradish, and topped with salmon eggs (ikura), or a sweet little omelet (tamago). Combining these types of ingredients into one bowl, sprinkled atop a bed of sushi rice, is known as chirashi. And, the rolled sushi (makizushi) — like the Americanized California Roll — provides similar tastes.

The raw fish characterization, however, has some merit. The Japanese place an emphasis on freshness and purity. Japanese food experts, Michael Ashkenazi and Jeanne Jacob, remind us in The Essence of Japanese Cuisine that raw foods are as close as possible to the natural state of the foodstuffs. Rawness embodies the natural flavor…the true essence of fish.” To capture this “freshness” some chefs slice fish while it is still alive (ikizukukuri), while a few other daring souls take it a step further and eat select fish live, without preparation.

These culturally unique practices give birth to most stereotypes of Japanese dining, yet there is so much more to Japanese cuisine beyond this “raw fish” image. Too better understand Japanese food, consider some historic and cultural influences.

Like much of Japan’s early culture, the food is influenced by China. While Japan remained self contained and unwelcoming to outsiders over the centuries, Westerners eventually began to exchange and trade with Japan. This is when the Portuguese introduced the deep frying (tempura) and when Japan added bread (pan) to its diet and to its lexicon.

Japanese foods, however, are mostly the product of their own unique culture. A mix handed down from the Feudal era’s Samurai warrior, a common following of the Shinto religion resulted in a simple, pure, and adequate dining that honors nature and the seasons.

Samurai ideology dominated Japans for centuries, placing an importance on frugality and minimalism. A Samurai was meant to be loyal to his master and content with what he had. Under constant threat of a possible attack from competing clans, leading Samurai had to stay on alert, causing them to favor smaller quantities and little elaboration. Today’s no-frills meals (ichiju issai) that constitute a typical Japanese dinner are comprised of three items: soup, rice and a side dish. Ichiju issai basically refers to a “one-soup, one vegetable” format. The soup is usually a mild broth based from soy bean paste (miso), which is served with cubes of tofu and scallions. The rice is served unseasoned. The side dish is commonly a pickled vegetable although recent generations have come to expect the side dish to be a meat or fish.

The rice (gohan) is unquestionably the staple of the Japanese diet. Today, Japanese consume about 70 kg, or 154 pounds, of rice per year. It commonly accompanies three meals a day much like bread does in America. Good gohan requires the proper flavor, just the right stickiness and a visible white shine. Special parties gather near the fields where the first rice of the season (shinmai) is harvested to enjoy it before the sugar has become starched during the short transfer from field to market.

In addition to freshness, Japanese dishes achieve balance and an influence of the Shinto religion. Japanese cooks seek a happy mix of flavors from the mountain and sea (yama no sachi, umi no sachi). Shinto highly regards the change of the seasons, which becomes apparent in the design of a Japanese meal. Much like the three-line haiku poem requires a reference to the season (kigo), a well prepared Japanese dish must have the appropriate seasonal food (shun) at the peak of perfection.

Seek the proper shun on your next visit to a Japanese restaurant, or try to balance your own home-cooked meal.

Gohan
Of course, any or all of these should be accompanied by Japanese rice.