A Smorgasbord Of Kenyan Food 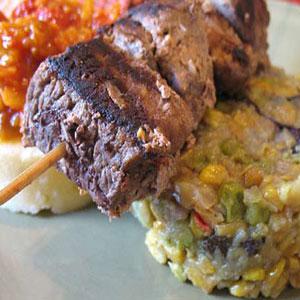 It might be surprising to find out that a good bit of the food in Kenya came from the Portuguese, who after discovering Brazil promptly made their way to Africa. Therefore, such foods as corn, bananas, pineapple, chilies, peppers, sweet potatoes, and cassava came into Kenya this way, and quickly became local favorites.

Located in East Africa near the Equator, the southeast part of Kenya is on the Indian Ocean, but the climate varies within the country because of the plains and even snow covered mountains found inland. With so many different tribes living in the country, the food is as varied as the climate.

However, the Portuguese were not the only ones to bring in a variety of foods. The Europeans brought potatoes, cucumbers, and tomatoes, while the British introduced the Indian cuisine of curries, which included a flat, disk-shaped bread called chapattis made of wheat flour, water, salt, and chutneys, now a favorite Kenyan Sunday lunch. Many of the popular Kenyan dishes are easy to make provided the staples of corn, potatoes, and beans are available.

A typical Kenyan meal, called “chakula,” includes the main ingredients of a American home cooked meal consisting of potatoes and vegetables, served “family style” with everyone reaching in to take a portion, (only with your right hand). This family style tradition is important when eating one of the most popular Kenyan dishes, called Ugali, a porridge made from corn and served alongside a meat dish.

Lunch is the main meal in a Kenyan household with a variety of beef, goat, or sheep often served with other popular dishes like githeri, a mix of beans and corn stew or matoke, which is mashed plantains.

Today, githeri is available throughout Kenya, but it originated from the Kikuyu tribe in the central regions of the country.

Another popular Kenyan cuisine choice is Nyama Choma. This is not specifically a dish, but rather a way of preparing the meat for a meal. Nyama Choma means grilled, broiled, or barbequed meat and usually includes beef, lamb, or goat.

Since one of the main occupations in Kenya for many of the local tribes today is cattle herding,
meals often include beef, but plentiful amounts of milk, butter, and even blood are available. In fact, many of the Kenyan tribes have a pastoral history dating back to the 1600s, and the Maasai continue to be one of the most popular tribes that still herd cattle, as well as incorporate cow blood into their daily meals. 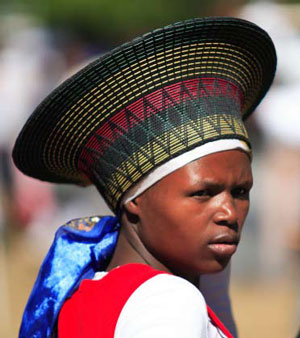 Maasai prefer almost exclusively cattle or goat meat while other tribes like the Kikuyu, focus on growing foods such as corn, beans, potatoes, and greens. Another Kenyan tradition made popular by this agriculture distinction is a dish called irio, which includes vegetables mashed up together, rolled into a ball, and dipped into stew. Of course, for Kenyan tribes living close to the coast, fish stews and rice with vegetables are often the meal of choice.

Kenyans enjoy dessert, and after lunch and dinner, they most often eat fresh fruit. Mandazi, a semisweet, flat doughnut is another Kenyan cuisine that they serve for breakfast along with a kahawa or chai, meaning coffee or tea.

Kenyans serve chai milky and sweet, and when preparing the tea, they add the milk and sugar first and then put all in the pot to boil. Kenyan coffee, which is popular around the world, is a main export product for the country. But it’s surprising to find that in most households, instant coffee is the choice. The national beer, and a must-try, is Tusker. Rum is also locally produced in Kenya.

While Kenyans are known to use a knife and fork when eating western food, keep in mind that the traditional way to eat Kenyan food is to use the right hand to scoop up food. The right hand is also the only hand used to pass and accept items. Never use the left hand, as it is considered rude.

Preparation: Put the potatoes into a pot and cover with water to boil until soft. In a large saucepan, combine the corn, beans, and spinach and cook over low to medium heat until the vegetables are soft then add the potatoes. Season with salt and pepper and mash together. Serve four.

Preparation: Pour the milk into a mixing bowl, add ¾ cup of the cornmeal, and whisk the mixture into a paste. Serves four.