Why Are Italians Prejudiced Against Sicilians? 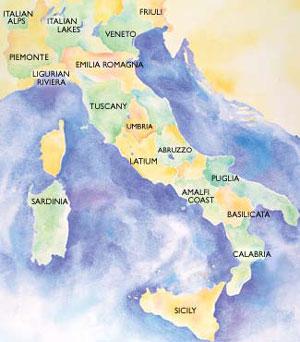 A map of Italy showing Sicily at the bottom of the toe of the boot.

Why do Italians appear to be prejudiced against Sicilians?

It is puzzling, isn’t it? Most Americans consider Sicilians to be Italians, so how can prejudice exist between people who live in different regions of the same country? Although this prejudice is considered by many to be more historical than contemporary, you will find that an ample number of Sicilian families who believe it still exists.

As a Sicilian-American woman in my mid-50’s, I can remember my grandmother’s childhood warning to me to always say I was Italian, not Sicilian, because if others knew I was Sicilian they would be mean to me. She based her instruction on the fact that the Italian women in our neighborhood wouldn’t eat the food she prepared for the parish potlucks because they believed that Sicilians were dirty, and food cooked in their kitchens was somehow contaminated. The memories of her warnings flooded back to me in 1996 when I made a batch of Sicilian fried green tomatoes for a neighbor man who had helped my husband change a flat tire soon after we moved into an ethnic neighborhood in Akron, Ohio. The man’s wife turned me away at the door, letting me know that Mr. Scarpetti would not like anything that I cooked.

There are a number of reasons that Italians might feel they are superior to Sicilians. Sicily has been an impoverished region since being robbed of its National Treasury in 1860 when it was occupied by the Italian Army. During the occupation, the factories of the region were disassembled and relocated to Northern Italy. Without a manufacturing base, the island was forced of olives, lemons, almonds, oranges, and grapes for economic survival.

Unfortunately, due to erupting volcanoes many of the regions crops were buried under lava, thereby forcing a wave of immigration to America.

Along with poverty, the heritage of Sicilians also assaulted their reputation. In 831 AD the Moors, dark-skinned Arabs, entered and dominated Palermo, and other major cities on the island. The Moorish reign lasted for 230 years. During that time there was much racial mixing that occurred. As a result, Northern Italians tend to look upon Sicilians as people of color.

If being perceived as poor, dirty, and being treated inferior because of race isn’t enough, Sicilians are also suspected of being criminals. La Cosa Nostra, or the Mafia, was born in Palermo in the mid 19th Century. Still today, some areas of Sicily are not under the full control of the legal government, but are run by the Mafia. The belief that all Sicilian families, whether they live in the U.S. or in their native land, must be in some way related to the mob, continues to live on in the thinking of some.

During the early 1900s, a wave of Italian and Sicilian immigrants entered the U.S. There was a cost to admission though, because the immigrant had to declare the amount of money they were bringing with them into the country. Those without funds were turned away. The average Northern Italian’s declaration was $23.53 while Sicilian’s averaged only $8.67. Those without funds were known to attempt to sneak into the country without proper documentation.

Immigrants without papers became known by their initials “WOP.” The terms Wop, Dago (refers to dirty), and Guinea (derived from “Guinea Negro”) were labels assigned to Sicilians because of their dark complexion by those who considered themselves to be Anglos, such as Northern Italians. Most recently, with the advent of the television show Jersey Shore, other ethnic slurs for both Italians and Sicilians have re-entered the American lexicon.

Goombah (a thug or Mafioso), and Guido or Guidette (Northern term referring to Italians who try to portray a mafia mentality) are once Sicilian and Italian heritage.

Discrimination in any form has never made much sense to me, so it is difficult to say exactly why some Italians might want to carry a bias against Sicilians, other than the fact that they were historically conditioned to do so. It is always difficult to justify the oppression of a group of people unless you can find a few reasons to feel as though you are superior to them, and I am certain the Italians have their reasons.