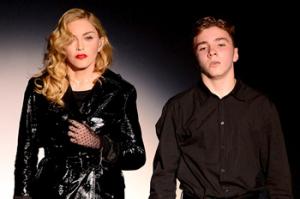 Madonna, surely as a mother of multi-racial children, you know what it means to use a racial slur. What value is there in using one? Photo Credit: billboard.com

Madonna's use of a racial slur on Social Media is inexcusable. As a mother of multi-racial children, what was she thinking? As we remember the work of Martin Luther King, this is just one example of why there is much more to be done.

Madonna apologized Saturday for using a racial slur on Instagram to refer to her white son, seeking forgiveness a day after calling those who criticized her language "haters."

On Friday night, the singer posted a picture of her 13-year-old son, Rocco, boxing and included the comment, "No one messes with Dirty Soap! Mama said knock you out!" She then added a variation of a word used as a racial epithet.

She quickly deleted the comment when outraged Instagram users berated her for the use of the word, and was initially defiant. But in a statement to The Associated Press on Saturday, a contrite Madonna said: "Forgive me." 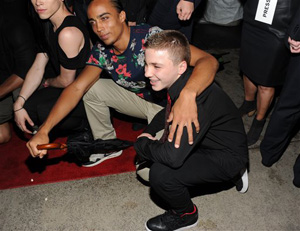 "I am sorry if I offended anyone with my use of the N word on Instagram. It was not meant as a racial slur. I am not a racist. There's no way to defend the use of the word. It was all about intention," she said. "It was used as a term of endearment toward my son who is white. I appreciate that it's a provocative word and I apologize if it gave people the wrong impression."

Besides Rocco, she has three other children, including Lourdes, David and Mercy. Mercy and David are black, adopted from the African nation of Malawi.

This is the second time this year that Madonna has offended people on Instagram. Earlier this month, she posted a photo of Rocco and his two young friends holding up bottles of liquor; she defended the post as a joke.

"No one was drinking we were just having fun! Calm down and get a sense of humor! Don't start the year off with judgement!" she responded on Instagram.

Celebrities and other people that have the media and the world's eyes on them really have to watch what they say or they will be judged and looked down upon. Obviously Madonna is not racist because she has 2 sons that are black but since she said a racial slur people now think that. It is crazy how everything a celebrity does or says gets blown up and examined with a magnified glass.

She should have known this could happen. Even though she has black kids everyone should understand that she is not racist. I understand her using the N word as a sign of endearment because most of my friends are black and that is how I use it. She should realize that the world is looking at her, but at the same time the world needs to understand she is a person and she can really say what she wants in the end.