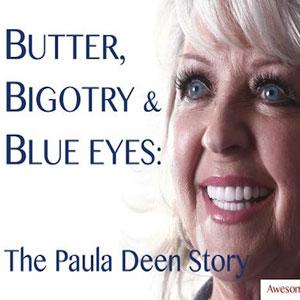 Celebrity cook, Paula Deen admitted that while she has used racial slurs in the past, she is not racist. Photo credit: awesomelyluwie.com

SAVANNAH, Ga. (AP) – During questioning regarding a lawsuit filed against celebrity cook Paula Deen, she admitted using racial slurs in the past, but insisted that neither she nor her family tolerate prejudice or any form of racial discrimination today.

A lawyer for Lisa Jackson, former manager of Uncle Bubba’s Seafood and Oyster House, questioned the 66-year-old Food Network star and Savannah restaurant owner, about her racial attitudes toward other racial groups in May 17 deposition. Deen co-owns the restaurant with her brother, Bubba Hiers. Jackson filed the suit last year, alleging sexual harassment and a hostile work environment rife with innuendo and racial slurs.

According to a transcript of the deposition, filed Monday in U.S. District Court, an attorney for Jackson asked Deen if she had ever used the N-word.

"Yes, of course," Deen replied, though she added: "It's been a very long time."

Asked to give an example, Deen recalled a time in the 1980s, when a robber held her at gunpoint while she worked as a bank teller in southwest Georgia. The gunman was a black man, Deen told the attorney, and she thought she used the slur while talking about him after the holdup. "Probably in telling my husband," she said.

Deen added that she may have also used the slur when recalling conversations between black employees at her restaurants, but she couldn't remember specifics.

"But that's just not a word that we continued to use as time passed," Deen said. "Things have changed since the '60s in the South. And my children and my brother object to that word being used in any cruel or mean behavior. As well as I do."

William Franklin, Deen's attorney, said the celebrity looks forward to her day in court. "Contrary to media reports, Ms. Deen does not condone or find the use of racial epithets acceptable," he said in a statement.

People on social media sites began judging Deen Wednesday, and one of the top trending topics on Twitter was #PaulasBestDishes, the name of her Food Network show. Tweets using the tag listed satirical names for recipes such as, "Massa-Roni and Cheese," ''Lettuce From a Birmingham Jail," and "Key Lynch Pie."

Station spokeswoman, Julie Halpin, said in a statement: "The Food Network does not tolerate any form of discrimination and is a strong proponent of diversity and inclusion. We will continue to monitor the situation."

Although transferred to a federal court a few months later, the civil suit was originally filed in March 2012 in Chatham County Superior Court, but both Deen and Hiers denied the allegations made by Jackson, who is white. 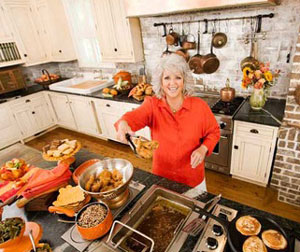 "Bubba and I, neither one of us, care what your skin color is, or what gender a person is,” Deen said in her deposition. “It's what's in your heart and in your head that matters to us."

Known for her sometimes ribald sense of humor as well as her high-calorie Southern recipes, Deen acknowledged in her deposition to sometimes telling jokes. She seemed to struggle when asked if she considered jokes using the N-word to be "mean."

"That's kind of hard," Deen said. "Most jokes are about Jewish people, rednecks, black folks. ... They usually target, though, a group. Gays or straights, black, redneck, you know, I just don't know - I just don't know what to say. I can't, myself, determine what offends another person."

Jackson's attorney, Matthew Billips, also pressed Deen to explain whether she once suggested hiring black waiters for her brother's 2007 wedding. She said she once mentioned the idea to her personal assistant and Jackson, but immediately dismissed it. Deen explained that her inspiration for the idea came from an upscale Southern restaurant she and her husband visited in another state.

"The whole entire wait staff was middle-aged black men, wearing beautiful white jackets with black bow ties. I mean, it was really impressive," Deen said. "And I remember saying I would love to have servers like that, but I would be afraid that someone would misinterpret it."

Asked if she used the N-word to describe those waiters, Deen replied: "No, because that's not what these men were. They were professional black men doing a fabulous job."