Boomerang Kids: College Grads Moving In With Parents Due To High Unemployment 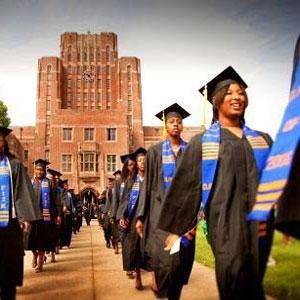 The proverbial post-child rearing empty nest is statistically likely to return to its previous, crowded nest state because of a growing population of boomerang kids. The term “boomerang kids” refers to adults – mostly those in their 20s and 30s – who return to their parents’ home.

According to CNN Money, a large portion of the boomerang population consists of recent college graduates. The number of college students who plan on moving back home after graduation increased from 67 percent in 2006 to 85 percent in 2010. High unemployment rates and large student loan bills significantly contribute to the students’ motivation to move back in with their parents, and notably, African-American graduates face the toughest odds in both of those departments. 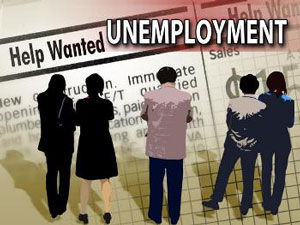 Not only are African-American graduates likely to owe larger amounts of money, they are twice as likely to remain unemployed after graduation when compared to white students. According to the Department of Labor statistics, the January 2011 unemployment figures consist of a population that is 8 percent white and 15.7 percent African-American. More than 7 percent of African-American college graduates over the age of 25 are included in this category, compared with 4 percent of white graduates in the same age bracket.

In a recent interview on The Root, Cary Fraser, a professor of labor and industrial relations at Penn State University, suggests that one of the contributing factors to these statistics stems from a lack of professional networks within the educated African-American community. According to Fraser, many educated yet unemployed African-American people are among the first generation of college graduates in their families, and they don’t have access to the extensive networks of earlier generations, or those of whites. Fraser also suggests that colleges must prepare students for the direction of the job market as well as their professional interests when selecting their major area of study.

Of course, moving home is not typically a great way to increase one’s network (depending on where one’s parents live), but it can at least provide some financial relief – providing that parents are willing and able to handle the increased cost. The following tips may help to alleviate some of the stress associated with both the financial and emotional stress of once again cohabitating.

First, it’s essential for the unemployed graduate to be active within their industry, which could include volunteering or starting a ‘meet-up.’ The idea is to use the ‘free’ time doing something that increases the odds of networking with those who can offer employment, while also engaging in activities that illustrate the person’s willingness to volunteer. For example, during an interview, it is preferable to discuss volunteering at a homeless shelter, rather than explaining how you spend all your time on Facebook.

Parents who support their boomerang kids may also be eligible for some tax breaks. For instance, if the boomeranger is under 24, parents can claim them as a dependent, which translates into a $3,650 tax write off. Also, if the boomeranger decides to gift less than $13,000 annually to the parents, this income is non-taxable.

Boomeranging isn’t easy for parents or their kids, and while the situation is especially challenging for African-American graduates, making wise financial decisions and setting networking goals helps to improve the odds.