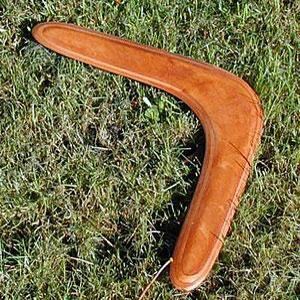 Just like a boomerang, many college graduates and other young adults are returning to their points of origin, home with mom and dad.

According to the National Center for Education Statistics, an estimated 1,558,000 students will earn a bachelor’s degree during the 2010-2011 academic year. As this dizzying number of educated job seekers floods a bleak, overcrowded, and stagnant job market, the prospects for gainful employment are few, and far between. Given this grim scenario, what is a college graduate to do without a job and the means to stake out a living on his or her own?

“Getting a degree used to be a stepping stone to limitless career opportunities. Now it’s more of a hiatus from living under your parents’ roof,” writes Jennifer Dickler in “Boomerang Kids: 85% of College Grads Move Home.” “Without a job, there’s nowhere for these young adults to go but back to their old bedrooms, curfews, and chore charts. Meet the boomerangers.”

As early as 1987, the publication “Boomerang Kids: How to Live With Adult Children Who Return Home,” by Jean Davies Okimoto and Phyllis Jackson Stegall, established the label “boomerang kids.” Also called “twixters,” “thresholders,” “kidults,” and “adultolescents” — boomerang kids comprise the group of college graduates and young adults between the ages of 18 and 34 who lived independently, but ricocheted home to their parents — mainly because of unemployment, underemployment, or overwhelming financial debt.

Statistics vary on the exact total of boomerang kids, but most research studies and polls approximate their number at 22 million. In 2009, according to USA Today, that sum represented roughly 30 percent of the 18-34 age group, which increased from 18 million, or 27 percent in 2005. Likewise, a survey conducted in 2009 by Twentysomething Inc., a marketing and research firm in Philadelphia, found that 85 percent of college seniors planned to move back home with their parents after graduation, a rate that shows a steady increase from 67 percent in 2006. And results from Monster.com’s 2010 Annual Entry- Level Job Outlook analysis reported that nearly 52 percent of recent graduates live with their parents, up from 40 percent reported in the 2009 survey. 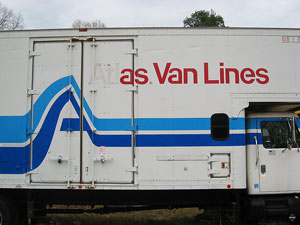 What’s fueling this “back-to-the-bedroom” trend? Is it simply the result of a weak job market? Are twixters refusing to grow up, instead relying on the comfort and sanctuary that their parents seem willing to provide? Could it be, as Lev Grossman ponders in the Time magazine article, “Grow Up? Not So Fast,” that “society no longer provides young people with the moral backbone and the financial wherewithal to take their rightful places in the adult world?”

Is there a biological explanation for why some young adults can’t make it on their own, as suggested by neuroscientists who have discovered that the human brain doesn’t fully mature until at least age 25?

The answers are as complicated as the questions, and much overlap exists when contemplating why the number of these so-called kidults keeps growing. For example, consider debt among recent college graduates. As cited by the United States Student Association, today’s typical undergraduate student accumulates almost $19,000 in college loan debt, a figure that’s doubled since 1997. And, if broken down by race, the debt ratios are staggering. “From 2007 to 2008,” writes Naima Ramos-Chapman in “A Generation of Black Youth Is Losing Its Future in the Jobs Crisis,” “27 percent of blacks with bachelor degrees borrowed $30,500 or more, compared to 16 percent of whites, 14 percent of Latinos, and 9 percent of Asians.”

And then, there’s the prohibitive price of shelter. The monthly cost of a one-bedroom apartment in cities like San Francisco, Los Angeles, and Boston surpasses $1,500 a month, and according to Bloomberg Businessweek, rents nationwide climbed an average 4.2 percent last year. An unfavorable housing market is an added obstacle to boomerang kids’ attempts at attaining independent living. As Haya El Nasser writes in “Why Grown Kids Come Home,” “housing costs are so exorbitant that moving in to their old bedrooms is more appealing than sharing a small, rundown apartment with three roommates.” 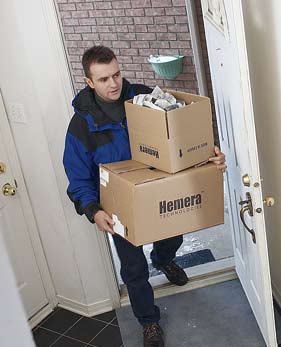 Returning home may be appealing for boomerangers, but is it as equally rosy for the parents who may find their empty nest a bit crowded and their financial future — principally, their retirement — at risk? The media often portray these adultolescents as over-indulged kids who are content to live off their parents rent-free, disrupt the household order, and expect Mom to cook their dinner and do their laundry. This depiction isn’t quite accurate, and not all parents cringe when the moving van pulls into the family driveway and their kids start unloading their belongings.

“Unlike their counterparts in the early ‘90s,” as stated in the Newsweek magazine article “Bringing Up Adultolescents,” “adultolescents aren’t demoralized slackers lining up for the bathroom with their longing-to-be empty- nester parents.” Some parents welcome their adult children home and see their return as a “natural extension of their parenting philosophy — makes the children feel secure enough and they’ll eventually strike out on their own.”

This parental shielding sometimes goes too far, though. Some parents don’t expect their children to become full-fledged adults just because societal norms and age suggest they should. In the piece, “What Is It About 20-Somethings?” Robin Marantz Henig explains how parents’ over involvement in their children’s lives can constrain their thrust toward self-sufficiency.

“If they were ‘helicopter parents’ — a term that describes heavily invested parents who hover over their children, swooping down to take charge and solve problems at a moment’s notice — they might keep hovering and problem-solving long past the time when their children should be solving problems on their own. This might, in a strange way, be part of what keeps their grown children in the limbo between adolescence and adulthood.

Boomerang kids might be sleeping under their parents’ roofs and in their childhood twin beds for some time to come. The return to the fully formed family can be successful for all — as long as a defined set of expectations is in place. Adult children need to be preparing for self-reliance, and parents must guide their children toward this independence.

A recent research finds that fifty nine percent of United States parents are still sustaining their non-student adult children. According to the study, the tough economy is at fault for keeping many of them from leaving home. Also examined were so-called "boomerang kids;" or those that move away from home only to return again.Nearly 60 percent of parents help support adult children. This act may have a bad effect since they are teaching their kids to be dependent on their parents. If parents are going to financially support their adult children, they should first have a serious talk about their kids’ expectations so that everyone protects their financial futures.

We all want to ensure the best for our children. But if you are taking on extra debt or delaying retirement to help your adult child, you could be making a mistake and putting your own financial future in jeopardy. Since it shows that adult children are becoming dependent on their parents and its not a good idea.

An adult child that went back to his childhood bedroom should not be judge harshly. It's not a secret that we have this financial crisis going on and finding a stable job with high salary is hard to do. Parents should be considerate enough to welcome their boomerang child in open arms but they should also remember to push their children to be more responsible and to stand at their own feet. To the parents: don't shoulder your adult child's burden, give him some time to cope up, to rise up but never pay for his bills when you know that he is very much capable to pay it. An alarming recent research finds that 59 percent of U.S. parents are still supporting their non-student adult children. The study concludes the recession is forcing them from leaving home. In some instances, it is forcing whoever has left to move back -- so called "boomerang kids.".