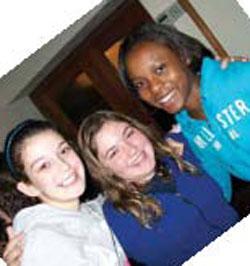 New York, long known as the best example of the American melting pot, is a city of 8 million people representing religions, and cultures from across the globe, all living together in relative peace – until a few months ago.

Over the last few months, New York became the center point for a wave of Islamophobia that is sweeping across the nation. Much of this anti-Muslim sentiment focused on the plan to build an Islamic cultural center in Lower Manhattan. The Cordoba Center, also known as Park51, incorrectly branded a mosque, despite its design to feature worship areas for other religions.

Motivated by self-described Islamophoebe, Pamela Geller, angry New Yorkers protested Park 51 because of it being built too close to the Twin Towers – even though it is three blocks from the site of the terrorist attack.

Faiza Ali, Community Affairs director for the Council on Islamic Relations - New York, said she has witnessed the change in atmosphere since 9-11. Ali, a second-generation Pakistani, is a practicing Muslim born into a Muslim family. 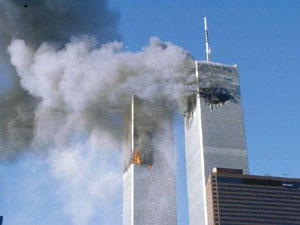 “After 9/11, the loyalties of Muslims were questioned and fear mongering overpowered rational discourse about Islam in America,” Ali said. “Today, we witness a similar, intense sentiment nationwide. In the last few months, the targeting and demonization of Islam, Muslims, and our religious institutions, began again from California to New York City. Many protests were held both for and against a planned Muslim YMCA because of its proximity to Ground Zero. A Florida pastor threatened to burn copies of the Quran on the anniversary of 9/11. Former House Speaker, Newt Gingrich, a potential candidate in the upcoming presidential election, likened Muslims to Nazis.”

According to a Pew Forum, 35 proposed mosques and Islamic centers encountered some form of resistance in the last two years, Ali said. “In many cases, neighbors cite legitimate concerns like traffic and the overall impact on the quality of life in that area. In some, however, opponents of mosques raise issues about Islam and terrorism.”

She said that there is a lot of misinformation included in the arguments against projects such as Park51. “Opponents to Park51 justify their calls to move the project away from the 9/11 site by erroneously linking the criminals responsible for the attacks to the organizers and its supporters. This insinuation of collective guilt supports the notion that American Muslims should be treated as second-class citizens in our own home are false, un-American, and should be rejected.”

Ali said the sudden wave of Islamophobia did not happen overnight. The flames of intolerance have been fanned by media figures such as Pam Geller, who blogs at Atlas Shrugs, and former politicians, such as Newt Gingrich, who are both trying to raise their national profile.

“Talk radio and television have been used as vehicles to mainstream bigoted views attacking Islam and its adherents by extreme right groups, and some politicians label Muslims as ‘foreign’ and as the ‘other,’” Ali said. “They continue to smear all things Muslim, and justify their insinuations by falsely linking the criminals responsible for the attacks on 9/11 to the entire community to promote their divisive political and ideological agenda. These elements of hate are exploiting the tragedy of 9/11, and deceiving the public into believing that Muslims are the enemy from within.”

Muslims, both in New York and across the nation, are not taking this unfair criticism lying down.

The recent wave of Islamophobia has forced Muslim groups like CAIR to become more proactive in their message. Ali says that it is important for American Muslims to emphasize that they are an integral part of America, and not alien or foreign. Ali points out that Muslims have worshipped in Lower Manhattan since the 1970s.

“This is why dialogue is so critical. We could challenge those stereotypes, and help shift the narrative of Muslims in America by defining ourselves, by sharing our stories, and our shared histories,” Ali said. “And, we are seeing this effort made on the part of our community through service projects like Muslims Serve, civic engagement activities that include get-out-the-vote campaigns, public service announcements like My Faith My Voice, and by using social media. Just last year, CAIR-NY launched a Facebook page titled ‘Hello. My name is Ali,’ that seeks to empower the voice of our grassroots by creating a space for American Muslims from across the spectrum to tell us their aspirations, outlooks, and contributions in their everyday lives.”

I can see where the American government is coming from by not trusting them in New York City. I also see how unfair it would be for those Muslims who had nothing to do with the 9-11 events to be angry and feel like it is unfair. It would be hard to judge if someone is part of a plan or not. There could be someone who has been acting like a real family for a while, but it could be all part of a plan. The thought of this has been in the American government mind so they are being very careful. I do not think it is fair for those innocent Muslims though.

Throughout history, events have taken place where entire groups of people have been blame - such as what happened due to the Japanese attack on Pearl Harbor. It is not fair for people of our country to judge other people of our country solely because of an event took place that involved people of their faith. I believe that everyone truly does know that discriminating against groups of people is unfair; however I think that it is human nature to do so. The blame needs to be put on somebody. The only men who should be blamed for September 11th are the people who committed the attack and whoever helped and supported them. Hopefully these organizations that have started in order to shine a new, positive light on Muslims can do their magic and help rid Muslims of their bad, unfair name.