Do not Call Me Dago ... Or Soprano 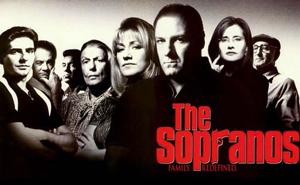 Originally derived from “Diego” which the Spanish used to describe sailors in the 18th and 19th centuries, Dago, as used today is a derogatory remark for Italians.

“The dago works for small pay and lives far more like a savage or a wild beast than the Chinese. Italy has millions to spare and they are coming,” an 1892 quote from Eugene Debs, founder of the Socialist Party of America. 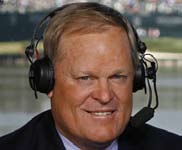 While the severity of the tone attached to “Dago” has lessened over the years, discrimination toward Italians remains.

In fact, comments by golf commentator Johnny Miller about Rocco Mediate in the 2008 U.S. Open sparked a protest from the National Italian-American association. Miller made more than one derogatory comment about golfer Rocco Mediate. He “looks like the guy who cleans Tiger’s swimming pool,” he had said. “Guys with the name ‘Rocco’ don’t get on the trophy, do they?”

In response, the foundation published a half-page advertisement in the New York Times titled, “The Great American Roccos’ and Their Cousins.” The ad condemned Miller’s comments and highlighted significant Italian-American contributions. A week later, Miller offered a public apology to the Italian-American community.

“It imputes a lower social status,” says A. Kenneth Ciongoli, chairman/CEO of the National Italian American Foundation. “You don’t hear the word Dago that much anymore but a recent example of this mentality is the Johnny Miller and Rocco Mediate incident. What Johnny Miller was implying when he said that Rocco Mediate could be cleaning Tiger Wood’s pool was that he had a deep-seeded, pre-judgment or prejudice that Italian Americans were at the lowest ends of the social scale.

“Part of the reason for that mentality is that the media elite never talks about us unless it’s something negative,” he continues. “Like the Sopranos from the weekly series are somehow representative of us and that is preposterous. We have this incredible record as a group for great citizenship and full enfranchisement in America.”

However, it is more than words that worry Italians; pictures can be equally, if not more, defining of a culture.

“I don’t think we have specific words that replace Dago, but there are certainly newer words like wop, gumba, Guido, spaghetti eaters, greasy and various other labels,” says Stephen Maynard Caliendo, assistant professor of Culture and Communication at New York University. “Nowadays the stereotypes manifest and persist in images; not just individual words. Those images will play out in various forms like an association with crime and untrustworthiness as well as violence and hyper-masculinity. Those are all images that continue to be portrayed about Italian Americans in the mainstream media, and those folks who don’t run in those circles will use them to make sense of the groups they are not familiar with.”