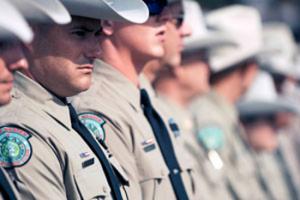 After two recent federal discrimination complaints from within the game warden division, which is a predominantly white, the Texas Parks and Wildlife Department is seeking to hire a diversity officer for the first time in its history. Photo Credit: today.ttu.edu

Racism allegations at the Texas Parks and Wildlife Department (TPWD) have officials searching for a chief diversity officer – a hiring believed to be the first of its kind for a major state agency.

The job of chief diversity and inclusion officer could be posted as early as this month, Executive Director Carter Smith said in an interview with The Associated Press.

Newly disclosed plans by TPWD officials to add the job comes after absorbing scrutiny following two recent federal discrimination complaints from within its game warden ranks. That predominantly white division patrols state parks and rivers and is the face of the 3,000-person agency.

"We think it's important to have a senior agency leader that is waking up every morning thinking about how we can help the agency become more diverse and more inclusive," Smith said last month.

Diversity officers are common on universities campuses but not at state agencies, which typically make diversity recruitment the responsibility of human resources staff. Smith said the next five years should be a telling timeframe but declined to put specific goals on minority recruitment and hiring.

Rattled by new racism allegations last year, the agency spent more than $100,000 on two outside reviews to investigate the claims and the culture toward minorities in the game warden program. Both urged reforms. 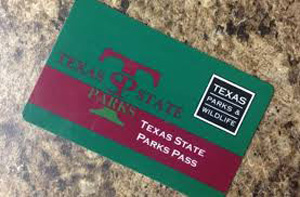 TWPD has begun soliciting bids for an executive recruiter to conduct a nationwide search for a diversity officer candidate, agency spokesman Tom Harvey said. The position as currently drawn by the agency could come with a salary up to $111,000 under state guidelines.

Game wardens manage state parks, enforce hunting and fishing laws and have even expanded their duties into border security in recent years. More than 75 percent of the state's roughly 500 game wardens are white and male. Fewer than 40 are women, and there are about 65 Hispanic men. Only 13 are black, all but two of whom were hired before 2005.

One of the two outside reviews commissioned by the agency found game wardens lamenting a "legacy of intolerance" left by their predecessors.

Last fall, a former garden-in-training filed the most recent complaint with federal Equal Employment Opportunity Commission. Brukendra Jackson, 26, alleged she was more closely scrutinized and punished as one of only two black cadets at the academy earlier that year.

State Rep. Sylvester Turner, chairman of the House black caucus, has been on the front of both pressing and criticizing the agency as the racism claims surfaced. He said this week that hiring a chief diversity officer was a positive step "in light of all the allegations, the criticism and the comments that have been made."

But the Houston Democrat declined further comment, saying he had not received the TWPD's final outside report that was completed in September and obtained by The Associated Press. Agency officials said the report was sent to both Turner and state Rep. Dawnna Dukes last fall and produced a November letter addressed to both lawmakers.

Among the key findings in the 29-page report from the Kevin Cole law firm was a "lack of consistency in the level of discipline" when it came to incident involving discrimination or racial insensitivity. It also urges TWPD - which was among of five state agencies in the 1970s that drew the attention of the Justice Department over alleged patterns of discrimination in hiring - to implement a culture that's not designed to "weed out" academy recruits.

The report also concludes that while it couldn't corroborate evidence of "longstanding institutional discrimination," the agency should still take action.

"Failure to do so does not obviate the agency's larger duty to take necessary and appropriate steps to promote diversity in its highest form by ensuring that the Law Enforcement Division's workforce must represent the diverse viewpoints and experiences of all the people of Texas," the report said.