Why is Dred Scott Important in American History? 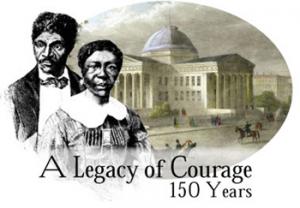 In 1846, after unsuccessfully trying to buy his freedom, Dred Scott sued for it in a St. Louis court with the help of a sympathetic lawyer. Scott’s case was simple: He claimed that when his master had taken him into states in which slavery was illegal, he had become a free man. Photo Credit: gibbsmagazine.com

Who is Dred Scott and why is he so important in American history? Why does his name still mean something 150 years after his death?

Most people, even those with just a nodding acquaintance with American history, have heard the name of the African-American slave called Dred Scott. They know he had something to do with the Civil War. But there the familiarity stops.

Simply put, Dred Scott demonstrated to the United States that blacks would never be able to be free American citizens as long as slavery existed. This decision, rendered by the Supreme Court, convinced many in the country that slavery had to be swept away to end it once and for all.

Scott was born into slavery around 1795 in Southampton Country, Virginia. Originally named Sam, he chose the name Dred after an older brother who had died. In 1830 Scott was sold to a doctor with the United States Army named John Emerson. He took Scott with him as he traveled to many different army posts around the country, including some in states where slavery was outlawed. 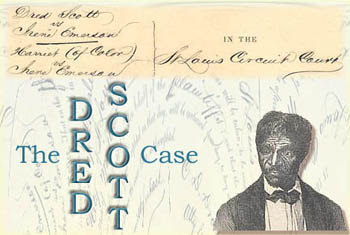 In 1846, after unsuccessfully trying to buy his freedom, Scott sued for it in a St. Louis court with the help of a sympathetic lawyer. Scott’s case was simple: He claimed that when his master had taken him into states in which slavery was illegal, he had become a free man. Scott’s case was based on a previous case in English law called Somerset versus Stewart. In that case the court had ruled that a slave became free once he entered free territory.

These years in America were filled with heated emotion and rhetoric about slavery. Both supporters and opponents of slavery watched this case carefully as it wound its way through the court system, for it meant no less than the future of millions of African-Americans in the United States.

The case finally reached the United States Supreme Court in 1856. The following year Chief Justice Roger Taney delivered the majority verdict that the whole country was waiting to hear. The ruling stated, in effect, that slaves had no rights in this country since they were not recognized as citizens by the U.S. Constitution. Further, the ruling said that Congress had no legal authority to limit the expansion of slavery, and that slavery was legal until in an area until the citizens voted against it.

The ruling stunned the nation. Blacks learned that despite their relationship with their owner they had no more rights than a horse or piece of furniture. It was now clear that the only way to end slavery was to change the constitution, which the southern states would never agree to – except by force. A few years later the Civil War began.

Sadly, Scott did not live to become free. Eighteen months after the Supreme Court ruled against him Dred Scott died of tuberculosis. However, his bravery in pushing forward with his case despite the odds against him would never die.