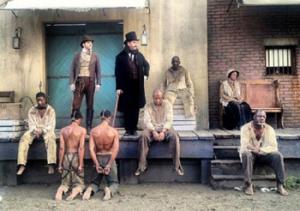 Solomon Northrup’s case was sadly typical of how African-Americans were treated in the early 19th century in America. Photo Credit: dailymail.co.uk.com

The current motion picture in theaters entitled 12 Years A Slave, starring Chiwetel Ejiofor as Solomon Northrup, a free man who was kidnapped into slavery, offers a harsh but accurate look at slavery as it existed in the United States in the first part of the 19th century.

The sad fact, as the movie portrays, is that African-Americans could never truly relax and feel free, for they could be dragged away at any moment to a life of terrible bondage in the South. This only intensified after the passage of a stronger Fugitive Slave Law in 1850.

Northrup's case was sadly typical of how African-Americans were treated at this time. Born a free man in Essex County, New York, in 1808, he grew up and married a woman named Anne Hampton. They and their three children eventually moved to Saratoga Springs, New York so Solomon could find work.

Besides working odd jobs, Solomon played the fiddle, and was known for his playing about town. In 1841 Solomon met two white men who offered him work as an entertainer in New York City. When they got to the city, Northrup's new "friends" convinced him to travel further south, to Washington, D.C.

Despite being the capital of a country known as the home of liberty, Washington was a major city in the slave trade. Slaves were a highly profitable business. Northrup unwisely went with his "friends" to Washington. There he was drugged and sold into slavery. 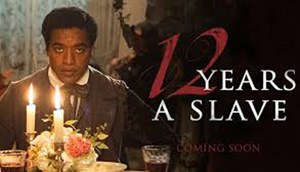 This began an odyssey of 12 years in slavery for Solomon, who was frequently mistreated and beaten when he would protest that he was a free man. Finally he was helped by another man, who secretly sent some letters to people in New York telling them where he was. The letters were sent at great personal risk by the man, who surely would have been killed had his actions been discovered. Finally, in 1853 Northrup regained his freedom. His owner at the time cursed the (unknown) man who had helped him, and cared only that he was losing a slave, not that an innocent man had been unjustly enslaved.

After this Northrup wrote a book about his experiences, which is what the movie is based on. He tried bringing his kidnappers to justice, but the case fell apart because blacks could not legally testify against whites.

No one knows what ultimately happened to Northrup. Some say he was kidnapped again for putting whites and slavery in a bad light, and was subsequently killed. Others say he died destitute and drunk. Still others say that he reinvented himself with a whole new identity, and quietly faded into obscurity.

Whatever did happen to Solomon Northrup, his experiences pulled the curtain back on the evils of a vile system that some believed was not that bad for blacks and actually took care of them.