President Obama Reaches Out To AAPIs 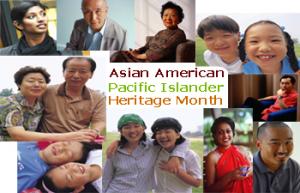 During this Asian American/Pacific Islander (AAPI) Heritage Month, it has not gone unnoticed that President Obama’s background – if not heritage – includes the Pacific Island state of Hawaii. With that, the White House was involved with two important events on May 8th and 9th.

On May 9, nearly 400 AAPI representatives gathered at the Department of the Interior for a White House on Asian American and Pacific Islander Heritage Initiative Forum hosted by the U. S. Department of the Interior to examine how the National Park Service can more comprehensively highlight the legacy of Asian-Americans, Native Hawaiians and Pacific Islanders for future generations to understand.

That includes more recognition for decades of marginalization and discrimination that these groups have experienced.

Congress has issued formal apologies for only a handful of past indignations involving AAPI communities: the overthrow of the Kingdom of Hawaii in 1893; the World War II Japanese internment camps in 1942; and the May 6, 1882 Chinese Exclusion Act which banned entry to Chinese immigrants for decades until its repeal on December 17, 1943. 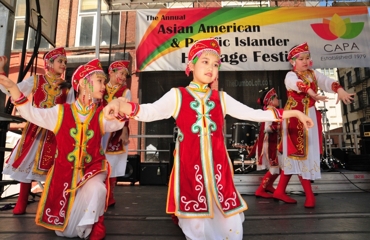 Over the coming months, the National Park Service’s National Historic Landmark program, considered the “nation’s story teller,” will be exploring ways to further commemorate and interpret “the journey of the millions of AAPI pioneers” who immigrated to the United States and the role they played in building America. It is part of President Obama’s “America’s Great Outdoors” program, which includes telling a more inclusive story of American citizens by including more women and minority perspectives that have not been acknowledged in the past.

Newly appointed Interior Secretary Sally Jewell, who oversees the Park Service, pledged her support for the AAPI community as keynote speaker, noting that “Asian Americans and Pacific Islanders have long been leaders in every aspect of our social fabric – in government, business, science, medicine, the arts, education and our armed forces.”

Some of the places that already have received official historical designation as important include the internment camps at Manzanar and Tule Lake. Earlier this year, Seattle’s Wing Luke Museum of the Asian Pacific American Experience was named a National Park Service “affiliated area” in recognition of the institution’s mission and significance.

While AAPI representatives are pleased the Obama administration is reaching out to more fully integrate AAPI places and histories into the Park Service, they have a wait and see attitude because, with such a long history of underrepresentation, the work has scarcely begun.

Prior to the forum, the White House Initiative on Asian Americans and Pacific Islanders participated on May 8 in a roundtable discussion with representatives of various government economic agencies at the U.S. Export-Import bank. That discussion focused on what agencies can do to support the economic development of 1.5 million AAPI-owned businesses in the United States.