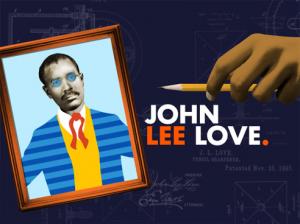 Anyone who has spent time in a classroom or office has used a pencil sharpener.

Older generations will remember the sharpener that required the use of a hand crank to shave off thin slices of wood until a point was formed. The shavings would collect inside the sharpener until you finally cleaned it into the nearest wastebasket.

But many may not know that a Fall River resident, in the 19th century, received a patent for inventing a pencil sharpener that used a hand crank.

John Lee Love, a black man, wrote in his 1897 application with the United States Patent Office that his invention was intended to be an "improved device" of pencil sharpeners, simple in construction and operation, that could also double as paper weights or desk ornaments.

Two years earlier, Love invented a new plasterer's hawk, a flat square piece of wood or metal that plasterers and masons use to place and spread plaster and mortar.

Not much else is known of Love's life. He died on Dec. 26, 1931, at the age of 42 in a train car accident in North Carolina. A newspaper article from the time reported that he was unmarried and living in Charlotte, N.C.

Fall River city directories from 1896 and 1897 list Love as a carpenter who lived at 13 Pine St. His 1895 patent application says his home address was in Medford.

John T. Duffy, a Connecticut lawyer and marketing consultant who grew up in Fall River and Tiverton, R.I., unearthed Love's story while researching patents issued to Fall River residents during the 1800s.

"I was just fascinated with how many patents were awarded in Fall River to individuals and companies," said Duffy, who attended Bishop Connolly High School. 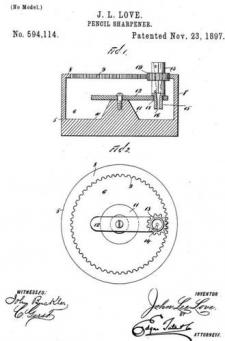 Duffy said his research also "amazed" him when he realized amount of talent in the Spindle City, as reflected in all the local inventions filed with the patent office.

Love's story stands out in several ways, especially with today marking the beginning of African American History Month, an annual observance that recognizes the black community's historical contributions in the United States.

Love's brief biography is also included on the website of the Charles H. Wright Museum of African American History in Detroit.

"It surprised me to see that from someone in a city with a small African American population. It just kind of piqued my interest," Duffy said.

"Most people don't realize how many inventions come from the black community, like the traffic light, the gas mask and mobile refrigerations for trucks," said Lee Charlton, the former president of the New Bedford chapter of the National Association for the Advancement of Colored People.

Charlton, 73, who grew up in the segregated South, said he did not know about Love's invention but said it was another example of ordinary people, of all races, advancing the common good through their skills and talents.

"So many people made so many contributions. Everybody brought something to the vitality of America," Charlton said.

Love's patent applications indicate he had legal representation. He hired law firms from Boston and New York City to represent him for the pencil sharpener and plasterer's hawk patents, which Duffy found interesting.

"The thing that impressed me was the financial resources and backing that he must have had," Duffy said. "That is a very intriguing element to all of this as well." 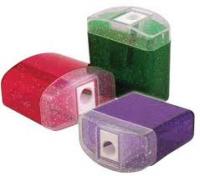