Freedom Without Responsibility is Recklessness 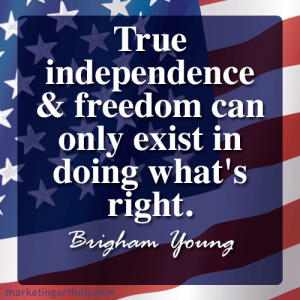 When, in the course of exercising our individual freedom, does it become recklessness? Photo Credit: marketingartifully.com

It goes beyond not screaming "Fire" in a crowded theater when there isn't one.

During the month of July, each year we celebrate this nation's birth, its independence and the awesome individual rights endowed to each of us as citizens. But there are two major situations unfolding this month which should give us great pause.

While very dissimilar in the circumstances surrounding them, they are very similar in their far-reaching implications when it comes to exercising individual freedoms.

The first is the Trayvon Martin-George Zimmerman tragedy, where the right to carry a conceal weapon and the "Stand Your Ground" law created the perfect storm that resulted in the loss of life. Could the entire situation have been handled differently and the tragic outcome avoided had reasoned judgment been present in exercising an individual freedom?

The broader implication is what is the logical extension of reasoning if everyone who is carrying a conceal weapon chooses to stand their ground in a threatening situation, real or imagined? When does freedom without responsibility and reason become recklessness?

Then you have the case of Edward Snowden who had access to some of America's most sensitive national security information to protect us from terrorist attacks. What does he do? He decides to release it to one foreign nation, flees for protection in another, and then he claims he is not only exercising his individual freedom, but that his action is done to protect the freedom and rights of all Americans, and those unsuspecting foreign countries where America may be violating their rights. 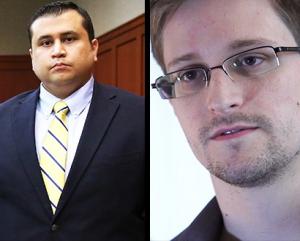 What about the long-term security and rights of America as a nation to protect itself? And if Snowden really wanted to protect the freedom and rights of fellow Americans, why did he not stay on American soil and use American channels to do it? When does exercising individual freedom without responsibility become reckless behavior?

During this month, when we celebrate the birth of what is still the greatest nation on earth, it is worth giving considerable thought to the question of: How do we protect freedom not only for individuals but for the overall health, safety and well being of our nation?

Both of these incidences require our serious consideration and redress long after they no longer occupy the headlines of the nation's newspapers, airways, television and the Internet. They get to the core of who we are and what this great nation is all about. There is too much at stake not to do so.