What Is Happening To Our Quest To Become A More Civilized Society?

Whether it is a pearl handled Derringer, 44-Magnum, or 15-round semi-automatic Berretta, each has the same power to kill. Do you want to be on the wrong side of one of these weapons?

Will you become a pistol-packing mamma or a gun-toting dude?

What will be your piece of choice? A pearl-handled derringer? A 44 magnum? Or, will you take no chances and carry a fifteen round semi-automatic berretta in your briefcase?

Soon, if it is left up to many states and their respective legislators (with Arizona ahead of most), you will have that choice. We all may have a chance, first hand, to experience many aspects of the good old days of the “Wild, Wild West” all across America.

Whether we like it or not, at any point, we could be in the midst of a shootout at the Okay Car Wash, or witness a real live duel at the Dairy Queen.

Imagine getting into a little verbal skirmish in the parking lot, and your irate assailant reaching in a pocket, purse, or glove compartment, and you have no idea whether they will pull out a slip of gum or a loaded gun. Imagine some possible outcomes of road rage. The specter of being hit by a speeding bullet will put dodging potholes in a completely different perspective.

Not to mention the increased number of children who will arrive in the emergency rooms of area hospitals injured, barely hanging on to life, marred either for life, or maybe with no life left in them at all. All because they, in their innocence and ignorance, picked up a gun carelessly left in a pocket, a purse, underneath a car seat and discharged it — hurting or killing themselves or others. 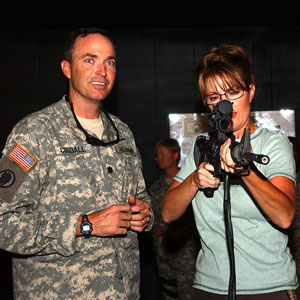 Aren’t there enough accidental deaths and acts of gun violence perpetrated by adults and children alike? What is there to be gained by making it easier to have more guns in public places?

One of the most common arguments is that it will help deter crime and improve self-protection.

But will more guns reduce crime and enhance our ability to protect ourselves? What is the likelihood that if you are surprised by a burglar or accosted, that you would actually have the opportunity to pull your gun, get the upper hand on the assailant, and shoot him or her first? Imagine walking down the streets or in the park.

Will strangers — even the criminally suspicious ones — likely smile, nod and keep strolling because our mutual epiphany is; “We both are probably carrying.”

These are not the movies.

Fundamentally, one must ask whether “Conceal and Carry” is more of a gun control issue or a public safety issue. Will the proliferation of guns improve the safety of those in our society who need the most protection — our children, and the elderly? 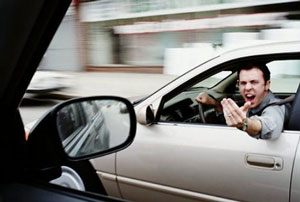 Many previous attempts to pass legislation allowing citizens to carry concealed guns, failed. But, today, more and more we seem to be more accepting. Such legislation exists in many states.

To what do we attribute this growing interest in allowing guns to be carried in public places? 9/11? Increasing speculation as well as evidence that there are potential terrorists among us wishing to do us harm? Isn't the proliferation of illegal guns in the hands of criminals despite the gun control laws already on the books? Is it a growing feeling that if we are armed, then we can protect ourselves from some crime or act of violence better than law enforcement officers?

When you think of the many innocent people who fall victim to those who carry guns legally and illegally, where does the answer lie?

America already has long held the unenviable position and reputation of being the most violent industrialized country on the planet. Why on earth, do we think that if most of us begin carrying guns that we have a chance of changing the tide and trend of violence?

Why do we believe that an encounter between a law-abiding and a law-breaking citizen, both carrying guns, will yield a better outcome?

Is carrying guns the answer to achieving a more civilized society?

What does this portend for civilization and our planet?