Toward a More Diverse Peace Corps 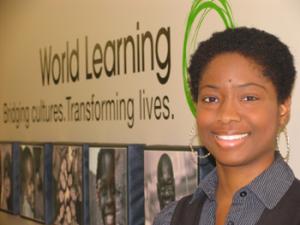 A goal to have a more diverse Peace Corps in the future has been announced as it seems that the Corps in its current state does not reflect the changing face of America.

We may recall that the Peace Corps is an initiative of President John F. Kennedy. The idea was presented at the University of Michigan at Ann Harbor while he was campaigning for President. He issued a challenge to students to dedicate two years of their lives to help serve under and un-developed nations in the world.

Since its inception, the Peace Corps has sent over 200,000 young volunteers to over 130 countries throughout the world. They provide services in the areas of health, education, technology, farming, environmental management, etc.

The leadership of the Peace Corps, in announcing the goal to recruit more minorities, said it will simplify the application process and offer more incentives for students to sign on. Let us hope that in the weeks, months, perhaps years to come, that the Peace Corps’ well-meaning goal will not be caught up in the same distorted morass as Affirmative Action.

Given the high unemployment rates among minorities, both high school and college graduates, service in the Peace Corps could prove to be a welcomed and beneficial opportunity. It could provide valuable experience and provide career paths. 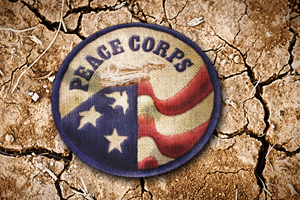 The effort to get the Corps to be more reflective of the multi-racial and multi-cultural nation in which we are becoming is part of a broader initiative to make the organization more relevant and ready for the times in which we live. Toward that end, the Corps is also revamping their training and safety protocols and procedures to reflect a changing world environment, which includes terrorism.

Minorities, in addition to being desired in the Corps, will also benefit from the partnership agreement that the Corps has entered into with the University of Michigan. Students can combine Peace Corp services with graduate degrees. What a great opportunity to earn a graduate degree, receive scholarships, earn academic credits and receive stipends as they complete their tour of service.

New recruits will have more latitude in selecting the country and area of services in which they would like to be assigned.

The Peace Corps should be commended for efforts to recruit and select more minorities to participate in the service, which could be mutually beneficial in so many ways as they put shoulder to shoulder to improve the conditions in many parts of the world that need it most.