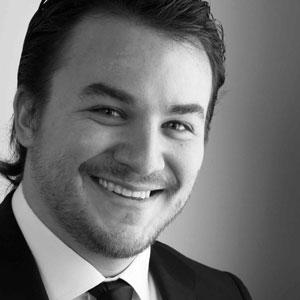 Michel Goldstein is a one-man United Nations, at least as far as culinary indulgences are concerned. His paternal grandfather is from Rumania and his grandmother, from Mexico via Russia. On the maternal side, his grandfather is from France and his grandmother from Mexico via Bulgaria. Born in the USA, he practices his Jewish faith and enjoys the special cultural aspects associated with it.

This San Diego-based entrepreneur, president of Citta Seating, and the Chair Guys knows hospitality both personally and professionally. His companies provide chairs and tables for the hospitality industry. His personal life, too, focuses on hospitality — especially the welcoming aspect of it. Goldstein provides this example of a Thanksgiving dinner at his grandparents’ house. We start with matzo ball soup, followed by deep fried turkey with Mexican sides including mole enchiladas, rajas con queso, and red rice.

Goodstein acknowledges the potential for clashes, both cultural and culinary, while expressing gratitude that they don’t really happen in his family. “It’s amazing,” he admits, “that with so many cultures there were few clashes among them. We just made it work, whether combining different cuisines in a meal, or separating them out throughout the day.” He shares some of his favorites.

For breakfast, either Mexican or French. Huevos rancheros or huevos con mole, for something more filling, or a typical French breakfast of breads, cheeses, fruits, and jams. And of course, homemade yogurt, “which my Bulgarian grandmother eats with salt, but the recipe is actually from my Rumanian great-grandmother.” Lunch and dinner could range from a Rumanian favorite, sarmales, to borscht, brisket, or quesadillas.

“Adding my wife into the mix, with her Mexican, Polish, and Russian background, brings a whole other dimension I’m starting to discover and appreciate.” His microcosmic familial adventures echo his macrocosmic view of the world: “There is so much to learn from a meal about a country, a culture, or a family.”