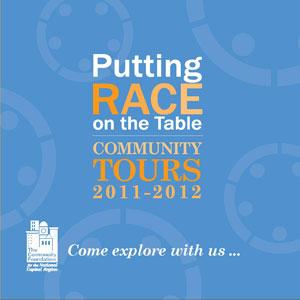 Despite the daily barrage of racist incidents, the continual practice of institutional and social racism and discrimination, there are communities that not only care enough, but are also committed enough to confront racism head-on. They are to be commended.

Perhaps, if the major media would shine the light on the good news about race relations as often as they do about the bad news, we might advance into finding some meaningful solutions. Real Progress could be made.

For example, the coverage this summer about the racial confrontation at the Wisconsin State Fair stayed in the forefront of the news for days. But, where is the coverage about the Milwaukee Youth Council holding forums to discuss the violence and come up with positive solutions?

An African-American man, brutally murdered in Jackson, Mississippi this summer by white teens who just wanted to kill a “N----,” a heinous crime that received, as it should, a tremendous amount of coverage. But, what about the community efforts taking place to hold conversations and take steps to not to let this incident erode and impede all the progress that has taken place, and continues to improve race relations in Jackson, Mississippi?

Then there are the less dramatic incidents. But communities stand against them nonetheless.

This summer, in Lexington, Kentucky, a group called Bereans for Fairness called upon the people of the city to attend a city council meeting to address racial slurs that had been directed toward a bi-racial couple.

In Reidsville, Virginia, blacks and whites held a vigorous debate in appealing to the city council about the restoration and reinstallation of a Confederate statue. While the council has not made a decision, blacks and whites on both sides of the issue held a healthy discussion about history and painful wounds. Irrespective of the decision, the dialogue is a good thing, and a better understanding is bound to result regardless of what side of the issue the residents find themselves.

Some communities hold annual events to break barriers and fight against racism. For the third summer, members from the YMCA, YWCA, and many neighborhood organizations in Jamestown, New York, marched to show their solidarity against racism. One of the organizers proclaimed, “The event is held to simply bring awareness to area residents about respecting each other as human beings while trying to form unity throughout the community.”

In Wilkes-Barre, Pennsylvania, a coalition of the local colleges and universities, along with the NAACP and other community organizations held their 13th Annual Picnic in the Park. One of the organizers said, “An event such as this helps break down barriers that people build based -on racial stereotypes.” 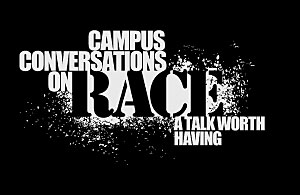 Where is the news coverage of these positive efforts? Wouldn’t you like to hear the good news about race relations occurring in communities across the country?

And most recently, all the coverage about the University of California Berkeley students racially motivated bake sale captured in newspaper, television and website headlines.

While the Berkeley Bake sale commanded national news over the last several days, the courageous efforts of communities that begin a dialogue to address the racial discord that negatively affects the quality of lives, warrants coverage beyond their boundaries if for no other reason than to be examples and provide inspiration for other communities to follow suit.

Many communities today realize that pretending racial discrimination does not exist, or it is not as bad as it use to be, or taking the individual position, “I am not racist, I have friends, neighbors, and colleagues of color,” are simply not enough.

Many more communities need to take this bold step. Yet, too many of us remain too fearful, content, apathetic, in denial, or we would rather hang on to those old stereotypes and racist views than to bother doing anything about it.

Still. In the 21st Century, when racial and ethnic discord swirl all around us in small ways ( racial slurs, graffiti, name calling), to more shocking ways (a qualified person denied a job, a well-deserved promotion, home loan, and yes even murdered), too many of us are still too reluctant to get involved and continue to work for meaningful change.

We are satisfied with creating and living in a world of make believe.

Conversations about race can be uncomfortable, even painful — laden with feelings of guilt or persecution. But, we must get beyond those fears and feeling and begin conversations of healing and commitment to make things better for this present age and beyond.

We can ill afford to waste any more time to not begin or continue such efforts in earnest.

I think this article brought up a really good point. We only ever hear about the negative aspects of race rather than the positive strides people are making to break down barriers. I believe the media is afraid to open their stories up to the positive aspects of race because that would mean having to discuss race as an issue more often than we do now. They are afraid to step on toes so they only show crimes being committed because this can cause a stir. People need to know that there are others who are not ok with the racial problems of today. Race should not be an issue that is only spoken about in classrooms or in a negative light. People need to see progress to know that they are not fighting in vain.