In two pivotal legal cases, one on affirmative action and another on voting rights, a divided U.S. Supreme Court may be poised in the coming weeks to rule that racism is largely a relic of America's past. The question is apt as the nation nears a demographic tipping point, when non-whites become the country's majority for the first time. Photo Credit: cnn.com

WASHINGTON (AP) - Will the U.S. Supreme Court end Civil Rights policies prematurely? Has the nation lived down its history of racism and should the law become colorblind?

Addressing two pivotal legal issues, one on affirmative action and a second on voting rights, a divided Supreme Court is poised to answer those questions.

In one case, the issue is whether race preferences in university admissions undermine equal opportunity more than they promote the benefits of racial diversity. Just this past week, justices signaled their interest in scrutinizing affirmative action very intensely, expanding their review to a Michigan law passed by voters that bars "preferential treatment" to students based on race as well. Separately, in a second case, the court must decide whether race relations - in the South, particularly - have improved to the point that federal laws protecting the minority voting rights are no longer warranted.

The questions are apt as the United States closes in on a demographic tipping point, when nonwhites will become a majority of the nation's population for the first time. That dramatic shift, expected to close within the next generation, so how the Supreme Court rules could go a long way in determining what civil rights and equality mean in an America long divided by race.

The court's five conservative justices seem ready to declare a new post-racial moment, pointing to increased levels of voter registration and turnout among blacks to show that the South has changed. Lower federal courts just in the past year saw things differently, blunting voter ID laws and other election restrictions passed by GOP-controlled legislatures in South Carolina, Texas, and Florida, which they saw as discriminatory.

"Whenever a society adopts racial entitlements, it is very difficult to eliminate them through the normal political processes," Justice Antonin Scalia said in oral arguments earlier this year, suggesting that the high court was responsible for overturning voting protections that Congress overwhelmingly passed in 2006.

Justice Ruth Bader Ginsburg, part of the Court's more liberal wing, countered that while conventional discriminatory tactics may have faded, new ones have emerged. "Congress said up front: We know that (voter) registration is fine. That is no longer the problem. But the discrimination continues in other forms," she said. 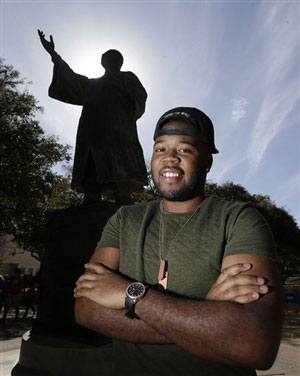 The legal meanings of "equality," ''racism," and "discrimination" have been in flux since at least 1883, when justices struck down a federal anti-discrimination law, calling it an unfair racial advantage for former black slaves. Today, justices face the question of whether the nation has reached equality by a 1960s definition or some new standard.

By some demographic measures, America has reached a new era. But, the latest census data and polling from The Associated Press also show that race and class disparities persist.

President Barack Obama, the nation's first black chief executive, won re-election in November despite a historically low percentage of white supporters, but aided by a growing bloc of blacks, Hispanics, Asian-Americans, and gays, as well as a disproportionate share of women, who together supported him in at least a 2-to-1 margin.

Another sign of shifting times: Among newborns, minorities outnumbered whites for the first time last year, the Census Bureau reported. "The end of the world as straight white males know it," one newspaper headline said the morning after the November election.

Roderick Harrison, a black demographer, says he felt pride in Obama's re-election, which to him reaffirmed a historic achievement not only for black Americans but a broader coalition of racially diverse groups. Still, he worries that demographic change and Obama's success may lead to a tipping point in the opposite direction, where people in the United States are led to assume racial equality has fully arrived. 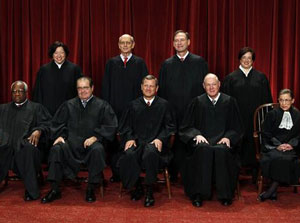 “The strength of minority support behind Obama was aided by the 1965 Voting Rights Act, and other protections,” he said.

The term "minority" often refers to an unequal or disadvantaged status and isn't always about numbers or counts, said Harrison, a former chief of racial statistics at the Census Bureau. The District of Columbia, Hawaii, California, New Mexico, and Texas already have populations of racial and ethnic minorities that collectively add up to more than 50 percent. Across the U.S., more than 11 percent of counties have tipped to "majority-minority" status.

"Minority status is a matter of exclusion from full participation in society, remaining long after a nation becomes 'majority minority,'" Harrison said.