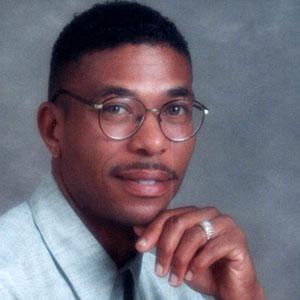 James Craig Anderson, 49, was beaten, run over and killed on June 26, 2012 in a federal hate crime. Photo Credit: cnn.com

JACKSON, Mississippi (AP) — A fourth man pleaded guilty to federal hate crime charges this week in the death of a black man who was run over by a pickup truck in Mississippi, and another man admitted he was part of a group of young whites involved in racially motivated attacks against African-Americans.

The death of James Craig Anderson, who was beaten and run over in Jackson on June 26, 2011, sparked the charges against a group of young whites. Anderson, a 47-year-old auto plant worker, was run down outside a Jackson hotel.

William Montgomery pleaded guilty in the death of Anderson, and Jonathan Gaskamp admitted to two federal hate crime charges in attacks on other blacks in Jackson.

Prosecutors said starting about April 1, 2011, the group of white young men and women would drive from the majority-white suburbs of Rankin County into the majority-black capital city of Jackson, seeking black people to verbally harass and physically assault, and that they would later boast about the attacks. They would target people who appeared to be homeless or under the influence of drugs or alcohol, believing that such victims would be less likely to fight back or to report attacks to police.

Sentencing will take place later for all five men.

"It's not over until God says it's over," Anderson's sister, Barbara Anderson-Young said after the hearing. "We're still seeking justice for James Craig Anderson."

Dedmon, Butler and Rice pleaded guilty to similar charges and face the same penalties as Montgomery.

In court, about a dozen white relatives and friends of Gaskamp and Montgomery sat behind the defendants while about as many Anderson supporters, most of them black, sat behind federal prosecutors. Spectators from the two sides rarely looked at each other.

Gaskamp and Montgomery were each handcuffed and shackled around the waist. During separate plea hearings, each gave short answers — "Yes, sir" and "No, sir" — as U.S. District Judge Carlton Reeves asked if they understood the charges to which they were pleading guilty.

Prosecutors said in court documents that on one occasion Gaskamp and other people drove to Jackson to find an African-American to assault, and that Gaskamp took a .40 caliber handgun. The group hurled beer bottles at black pedestrians, then saw a black man who appeared to be drunk. Prosecutors said the group included Dedmon, Rice and Gaskamp. Dedmon and Rice punched and kicked the man in the body, head and face "until the man begged for his life," court papers said.

"Members of the group thought it was funny that the man pleaded for his life," prosecutor Sheldon Beer said in court.

After the group left in a white Jeep, Gaskamp wanted to go back "so that he could use the gun he had brought with him to shoot the African-American man they just assaulted," court papers said. They didn't go back. 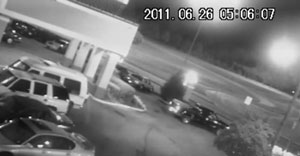 On the night of June 25, 2011, Gaskamp was at a party in Puckett in the suburbs and someone suggested that a group go to Jackson to harass and assault black people. Gaskamp did not go to Jackson that night, but others did after midnight, prosecutors said in court papers.

Police have said at least seven people were there before dawn on June 26, 2011, when Anderson was beaten and run over, including two teenage girls who were in the truck with Dedmon. They found Anderson at a west Jackson hotel. Rice and Dedmon assaulted Anderson while others stayed in the vehicles, prosecutors said.

A video from a hotel surveillance camera shows Rice, Butler, and two others in a white Jeep Cherokee leaving the hotel parking lot at 5:05 a.m. Less than 20 seconds later, Dedmon's green Ford F-250 backs up and then lunges forward. Anderson's shirt is illuminated in the headlights before he disappears under the vehicle next to the curb.

Relatives and attorneys for the defendants would not comment Tuesday outside the courtroom.