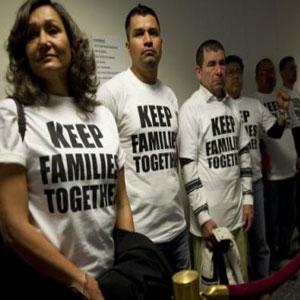 President Obama’s immigration reform policy is something that Latinos throughout the country are concerned yet cautiously optimistic about. Photo Credit: politic365.com

The Obama administration decided to make immigration reform (illegal immigration) one of its signature issues, and according to Harlan York, an immigration lawyer based in New Jersey, the Latino community is cautiously optimistic about the new immigration policies.

York said the Latino community was very positive about the Deferred Action for Childhood Arrivals (DACA) program, which prevents some undocumented immigrants, brought here by their parents as children, from deportation. They also approved of the Provisional Waiver program, which means that family members in the country illegally can now remain in the U.S. as the courts adjudicate their cases.

Another issue the Latino community is happy about is the bipartisan immigration reform bill Congress votes on this summer.

York, an 18-year veteran in practicing immigration law, said the immigrant community is cautiously optimistic, yet wary because of past disappointments over promises that failed to happen. He added that as they watch the current Senate immigration negotiations, they fear being let down once again.

“Over the past 15 years, politicians made promises about fixing the immigration system and nothing happened, so now they are taking a wait and see approach,” he said. “I am optimistic that some type of breakthrough in immigration legislation will occur this year, and I do believe we are in a good place, because we see a coalition from both parties. It's been 12 years since I have seen this kind of bipartisan effort to make a change."

However, not everything is coming up roses. "They (Latinos) are very disappointed in the record number of deportations," York said.

The Obama administration said it would place greater emphasis on deporting folks with serious criminal records, but about half of those sent to their home countries involved no criminal activity at all.

“(As) tens of thousands of people in the U.S. are being deported,” York said. “They (Latino population) are not going to be happy about it."

Another point of contention for the Latino community is the Obama administration detention policy, which according to York, includes about 35,000 people currently detained by immigration. "A lot of folks feel that is unnecessary," York said.