American Mandarin Learners On The Rise 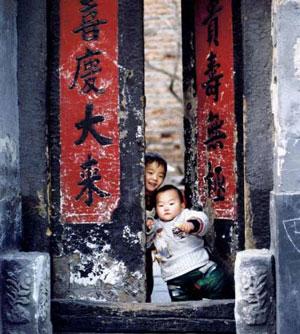 When my sons were young, I felt like a cultural failure because I doubted I could ever pass my Chinese heritage on to them — as an American born Chinese woman conveying even my own diluted cultural heritage seemed impossible. However, a worldly friend gave me some good advice: Do not worry about the culture — just make sure the boys learn Chinese because it will be the most important language in their lifetime.

As a result, I hired a Chinese tutor who gave our whole family weekly Chinese lessons for many years. Although progress was slow and difficult, I knew that if my sons could keep even a tenuous connection with Mandarin, they might one day take up the Chinese baton themselves.

Sure enough, both boys registered for Chinese classes when they got to college. My older son eventually spent his junior year in Beijing, majored in Asian Studies, and after graduating, returned to China to study and work.

With China poised to surpass the U.S. by 2030 in becoming the world’s leading economy, experts agree that Americans are going to need a better understanding of Chinese culture and language to compete in the global marketplace. Mandarin Chinese, spoken by one fifth of the global population includes over 1.2 billion people, and it is the most widely spoken language in the world, but Chinese is not an easy language to learn.

While Mandarin is the official language of China, there are many spoken dialects of Chinese, often incomprehensible to one another. The written language is common to all, but because Chinese has no alphabet with which to construct words, each one-syllable character that evolved from pictographs, phonetic parts and radicals, must be learned by rote. Hanyu pinyin, a romanization system, is used to spell out the sounds of the words; however, there can be many different characters that share a particular spelled out sound. Mandarin also has four distinct tones, and likewise, there can be different characters that share both the pinyin and tone, so the meaning of a word often depends on its context.

Minimal literacy requires a grasp of 2,000 characters, and a well-educated Chinese person probably knows 6,000. Because it takes so many years of Chinese study to become literate, the People’s Republic of China instituted simplified characters in the 1950s to increase literacy; today, Taiwan, Hong Kong, and Macau continue to use the traditional characters.

While 300 million students in China are currently studying English, often beginning as early as preschool, only two million Americans speak Chinese. However, the tide is turning.

Earlier this year, the New York Times reported that thousands of U.S. public schools have stopped teaching foreign languages such as French, German, and Russian altogether, but Mandarin Chinese programs increased from one percent to four percent between 1997 and 2008. Currently, it is estimated that 59,860 students in K-12 public schools are studying Chinese. The Asia Society counted 779 Chinese language programs in elementary and secondary schools in 2008, with 444 in public schools and 335 in private. 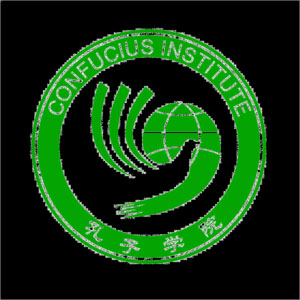 Around the world, Confucius Institutes, organizations established by Hanban, a branch of China’s Ministry of Education promotes and supports the study of Chinese. As of July 2010, Hanban had set up 316 Confucius Institutes and 337 Confucius Classrooms in 94 countries, with a goal of creating 1000 Confucius Institutes by 2020. Since 2006, Hanban, in conjunction with the College Board, arranged for hundreds of American educators to visit China to spark interest in Chinese language programs, and for 325 volunteer Chinese teachers to teach in U.S. schools, subsidizing their salaries for a year. The Asia Society is also working with Hanban to set up a national network of 100 Confucius Classrooms over the next three years, which they will match up with a partner school in China to facilitate joint projects.

The U.S. promotes Chinese language learning through the support of the Foreign Language Assistance Program (FLAP) of the Department of Education, which provides grants to local and state education agencies for Mandarin language programs in public elementary and secondary schools.

Designated as a “critical language,” special funding from the Departments of State, Education, and Homeland Security, and the Teachers of Critical Languages Program, a program of the Bureau of Educational and Cultural Affairs of the U.S. Department of State, brings Chinese teachers to the U.S. to teach Chinese in K-12 schools for a year.

U.S. schools are establishing more Chinese language programs, and not just on the east and west coasts. For example, Portland, OR, public schools, and a charter school, the YuYing Academy in Washington D.C., and four public elementary schools in Gainesville, FL, are now implementing Chinese immersion programs.

While visiting China last year, President Obama, and Chinese President Hu Jintao, reiterated the importance of cultural exchanges to foster closer ties between the two countries. With Obama’s pledge to encourage 100,000 American students to study in China over the next few years, the number of Mandarin language programs in U.S. schools is sure to rise rapidly in the future.