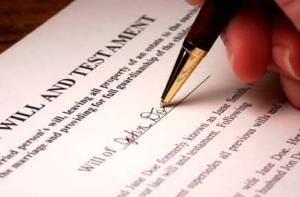 Part of estate planning includes filling out and signing a Will to ensure how your assets are divided.

Lineeka Oliveras, African-American, and her husband Tony, Hispanic, postponed creating an estate plan to cover the immediate needs of their four children.

“After our second child, I really started thinking about what would happen if something happened to both of us, says full-time student, Lineeka Oliveras. “I’m diabetic and my husband has certain stuff going on. We have illnesses that could be terminal. The children are young and we are young. I found a place that would draw up a will … but every time we have the money something comes up.”

The Oliveras’ situation is similar to millions of minority racial groups in America. A survey from Martindale-Hubbell, lawyers.com reports that just 32 percent of African-American adults and 26 percent of Hispanic adults have wills compared to 52 percent of whites.

Dying without a will transfers a person’s assets to probate, where a court appoints heirs who end up with basic wealth protection under state law.

The Oliveras, who have life insurance and are buying their home, say the estate plan they hope to create will cover their kids’ living expenses. “Right now, it wouldn’t be about college, it is about having the money in place to take care of them because they are so young. They have godparents, but they need a cushion.” 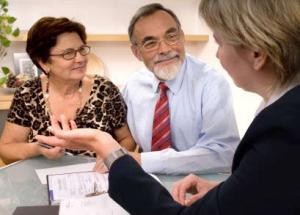 MaKara Rumley, who is expecting the birth of her third child, is preparing to leave seed money for her children. An attorney drafted and executed separate wills for Rumley and her husband after their first child was born.

By planning early, Rumley hopes the “seed money” will establish the financial freedom her children need to pursue their dreams.

“A lot of people in the African-American community frown on even getting life insurance,” she added. “They think its blood money, but it’s to help your heirs get a start in life, pay for graduate school, or their first house. Why wouldn’t you do that? Isn’t that the point, don’t we want to make life easier on the next generation then it was for the previous one?”

“If my children want to traipse around Europe for a year, I want them to have the financial freedom to do that,” she says. “I want to give them the freedom to maximize and then actualize their potential.”

A will distributes property, names a guardian for minor children, and names an executor to supervise settlement of the estate, including taxes and debts. Most wills go through probate, says CPA Curtis Collins, of Kendrick Financial Services Inc. Probate also determines the validity of an existing will, ensures debts are paid and legally transfers the remaining estate into inheritors’ names. 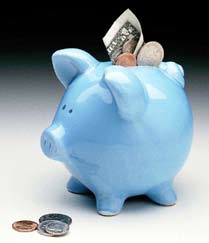 A trust is a legal transfer of ownership in property to an individual or institution as “trustee” for the benefit of another person. For instance, a parent (trustor) can create a trust with a bank (trustee) and a child as “beneficiary.” The bank manages the account and makes funds available to the beneficiary until he/she reaches a specific age.

Certain types of trusts are effective in maintaining wealth, says Collins. Charitable trusts allow people to make charitable donations and generate income from appreciating stock within the trust. Since the principal amount of the stock will go out to the charity, charitable trusts are exempt from capital gains taxes.

“Even if you have stock in an estate, less than the exemption, you do not have to file a federal estate tax return. But every asset you have is transferred through probate court,” Collins says. “Working with an attorney listed on the will can add up to decent legal fees. A revocable trust can help avoid these extra costs and problems.”