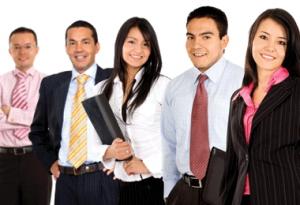 More than 50 years after the advent of the Civil Rights Movement, some gaps between blacks and whites stubbornly remain. A January 2008 report from the U.S. Census Bureau and the Federal Reserve shows that blacks lag behind whites in most of the economic indicators, such as home ownership and savings.

The National Urban League tracks economic parity using several measures such as home ownership, business ownership and median net worth. The Urban League’s 2006 “State of Black 2006” report stated that the net worth of the average African-American was six times less than that of the average white family.

In the book, Rich Dad, Poor Dad, author Richard Kiyosaki said he learned very different rules on money management from his friend’s “rich” dad—a businessman than from his own “poor” dad—a bureaucrat in the state education department. Kiyosaki states “rich” people teach their children to put their money into assets, while “poor” people teach their children to spend their money on items like cars and clothes that rapidly lose their value.

George Cook, a community activist, and radio show host in Hillside, NJ, operates a website called "Let’s Talk Honestly," www.letstalkhonestly.com, which focuses on issues concerning the black community. Cook said that many blacks are just one generation into the middle class and have not learned fundamental money management lessons. Simply put, black parents are teaching their kids to be consumers, not investors.

“There is just not the education on handling money there, and far too many spend money on foolishness,” Cook said. “Name another culture where you could have an Xbox, designer clothes, a cell phone, cable TV, and still not have enough to eat? That’s waste right there; drains millions out of our community right there; stuff that serves no useful purpose. We have to learn how to better handle money and learn to live within our means. Some may not like the answer, but I believe, to claim institutional racism on this one is a cop-out.”

“As sad as it may sound, this generation of African-Americans is really the first with a larger middle to upper-middle class that is used to having and handling money,” he said.

“It also shows that the money in our community trickles out, but not down to poorer people.” Because black families are not building up assets, it means they are more susceptible to a downturn in the economy. This means that many black families are just a few paychecks away from poverty. Cook said financial instability causes a trickle-down effect that impacts the whole community.

“Of course we are all familiar with the crime and drug usage associated with poverty, but there are many additional effects as well,” he said. “It leads to more health problems because people are not as well-educated about their health as they should be. Hence, people tend to eat things that are not healthy for them. It hurts a child’s education if they have to worry if they will eat that day, have a place to sleep, or if the heat will be on when they get home. Imagine trying to concentrate on your school work with problems like that hanging over your head.”

Like many African-Americans, Cook believes that the community needs to look inward for solutions and rely less on the government.

“I don’t know if it’s the government’s place to fix everything. Lasting change has to come from us. We have to create our own businesses and financial institutions and stop waiting for Uncle Sam to help,” he said.

Cook also stated another challenge is keeping money within the communities.

“We have to create our own businesses and keep the money in our communities. We have to educate ourselves about money and learn the difference between being well-off versus being rich versus being wealthy,” Cook said. “We have to learn to save money and to invest it properly. Keeping your money stuffed in a coffee can or mattress won’t help anyone.”

Dave Grier, who works in the mortgage/real estate industry in Cleveland, Ohio, sees firsthand some of the reasons why there is an economic divide between blacks and whites.

Grier believes the African-American community needs to adopt a take-charge attitude about its fate. He also believes a lack of awareness is costing many African-Americans dearly. “We’ve become willing participants in problems like the mortgage meltdown,” he said. “We also have long-term problems with savings, building up equity and assets.”

Financial literacy is a lesson that should not only be taught at home, Grier said. Schools need to put more emphasis on real-life economics, he added.

“Schools need to stress positive attitudes and make parents more active in the lives of their children’s academics,” he said. “Financial education in the school should start in junior high.”

In spite of the problems he has identified, Cook said he is confident that the situation will turn around in the future because black Americans are becoming more financially literate.

“Like I said earlier, this is the first generation to have a lot of upward mobility, and as it becomes the norm, it will filter down,” Cook said. “Will it happen overnight?

No. But will it happen in our lifetime? Yes. If we see more black people who have succeeded—who are not in sports, entertainment, or illegal businesses—we’d start seeing black people who understand how to succeed. We need to see the history of successful black people and success stories from post-slavery to now. We need to downplay failure.”