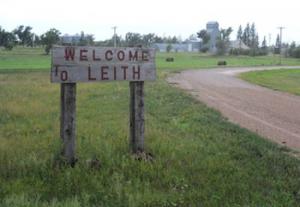 The residents of Leith, North Dakota will wait a little longer for sentencing of Craig Cobb, the white supremacist who terrorized the town and hope to turn it into a racist enclave. Photo credit: spicecenter.org

Craig Cobb, 62 – a white supremacist accused of terrorizing fellow residents of his small North Dakota town by carrying out threatening armed patrols – will learn his fate after a judge ordered a presentence investigation before accepting a plea agreement.

Cobb hoped to turn Leith, North Dakota into a white surpremacist stronghold by buying up property, but recently agreed to plead guilty to five misdemeanor charges and one felony terrorizing charge on Thursday in a deal that would have spared him further jail time.

"I apologize for my behavior and regret my actions," Cobb told Judge David Reich.

"My client knows there are better and civil ways to go about disagreements with individuals," said Cobb's court-appointed attorney, Ryan Heintz.

Grant County State's Attorney Todd Schwartz told Reich that the plea deal is "a way for the folks of Leith and the citizens of Grant County to move on."

But the judge told attorneys he would not consider a plea deal until a thorough psychological and background investigation was done. The judge said he knew nothing about Cobb's past except what he had learned from media accounts.

Cobb is accused of using guns in mid-November to terrorize residents of Leith, the small community he unsuccessfully tried to turn into an all-white enclave. He faced six counts of felony terrorizing, each carrying a maximum sentence of five years in prison. He has been jailed since Nov. 16.

Reich last week dismissed a seventh count at the request of Schwartz, who said it wasn't justified by the evidence. Judge Gail Hagerty on Feb. 10 gave attorneys in the case three weeks to try to work out a plea agreement.

Leith Mayor Ryan Schock said Thursday that Schwartz told residents of the town earlier this month that a plea deal in the works involved no prison time for Cobb – something he and others in the area find objectionable. 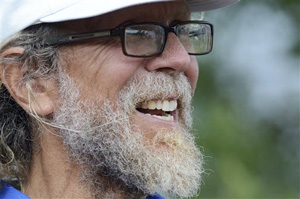 "The guy hasn't even spent as much time in jail as he has terrorizing the town," Schock said.

Schwartz, the prosecutor, said five of the victims in the case supported the plea deal while one was "adamantly opposed."

Under the plea deal, Cobb would have been put on supervised probation for four years. Conditions include barring him from owning a firearm for life.

Kynan Dutton, who lived with Cobb and also was charged with terrorizing in the alleged gun incident, got a similar deal. Facing up to 35 years in prison if convicted, Dutton instead pleaded guilty to misdemeanor counts of menacing and disorderly conduct late last month and was sentenced to time served and two years of probation. He now lives in Underwood.

Cobb, who is wanted in Canada on a hate crime charge, moved to Leith about two years ago. He eventually began calling for others with white power views to join him and create a voting majority in the town of 23 residents. Dutton was the only one who did, but Cobb's presence in the quiet rural community created an uproar.

Last September, hundreds of people from the Dakotas and Minnesota converged on the town to support the community when Jeff Schoep, the leader of the neo-Nazi National Socialist Movement, paid a visit in support of Cobb. The day ended with police in riot gear ushering protesters out of town.

City leaders late last year began updating building ordinances that would have required Cobb to fix up his house – which had no sewer or water service – and prevented any Cobb supporters from setting up temporary housing on his lots. Cobb, who has filed a slew of civil rights complaints over alleged discrimination, said he was unfairly targeted. City leaders said the changes were not aimed at Cobb but at cleaning up the entire community.

The city planned to condemn and raze Cobb's house but later backed away, citing technicalities under a city ordinance. Cobb has since sold the house to a mechanic in nearby Carson, who plans to use it for storage.

Cobb told The Associated Press in an interview from jail on Wednesday that he feels he is a victim of "mob justice," that he fears violence and that he would like to leave North Dakota.

"Anyone who will oppose a dictatorial system, they're marked men," he said.