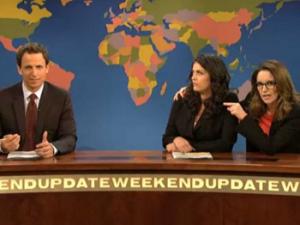 The fact that Saturday Night Live does not have any black women among the 16 repertory or featured players has become a major issue for the show. Photo Credit: sfgate.com

The show's diversity has become an issue, pushed to the forefront by comments from the two black male cast members.

No black women are among the 16 repertory or featured players currently on the show. While Eddie Murphy, Garrett Morris, Chris Rock, Tim Meadows, Tracy Morgan and current cast members Kenan Thompson and Jay Pharoah have been major "SNL" players, the 137 people who have been cast members since the show started on NBC in 1975 include four black women.

The most recent, and most prominent, was biracial Maya Rudolph, who left in 2007.

Founding producer Lorne Michaels, who is still the show's top executive and generally keeps the casting process mysterious, said he's well aware of the issue and is on the lookout for black women as potential cast members. "It's not like it's not a priority for us," he said in an interview with The Associated Press on Thursday night. "It will happen. I'm sure it will happen."

Pharoah told the website The Grio recently that he hoped the show would have a black woman in its cast, and he had a suggestion: Darmirra Brunson."Why do I think she should be on the show?" he said. "Because she's black, first of all, and she's really talented. She's amazing. She needs to be on 'SNL.'"

It's not clear whether she was ever considered, although it's currently a moot point. Brunson is a cast member on Tyler Perry's show, "Love Thy Neighbor," on Oprah Winfrey's OWN network.

Thompson, who Michaels said is as good as anyone who's been on the show, blamed a lack of quality black comediennes. "It's just a tough part of the business, like in auditions," he told TV Guide. "They never find ones that are ready."

That didn't go over well in the comedy community, with several people coming forth with suggestions for Thompson. "It was kind of an unfortunate, unthinking thing to say," said Miriam Petty, a Northwestern University communications professor and expert on black popular culture. 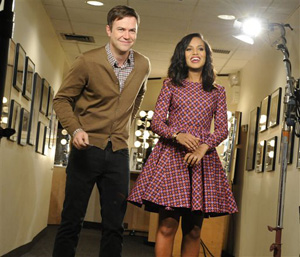 Sketch comedy troupes like Second City, the Upright Citizens Brigade Theater and the Groundlings are fertile ground for future cast members. Current players pass along recommendations, like when Tina Fey touted Amy Poehler. There are often specific needs: "SNL" was particularly seeking men this year because Jason Sudeikis, Fred Armisen and Bill Hader left the show, and Seth Meyers is soon to graduate to his own weeknight show.

Michaels said "SNL" is particularly interested in sketch comedy experience, a different skill than stand-up. He also wants to make sure that a new cast member has some seasoning and won't be overwhelmed by the pace and attention. "You don't do anyone a favor if they're not ready," he said.

Two of the black women who were on the show - Danitra Vance and Yvonne Hudson - lasted only one season each during the 1980s, although Michaels said that wasn't necessarily an indication they weren't ready. The third black woman cast member, Ellen Cleghorne, was on from 1991 to 1995.

There has often been criticism through the years that late-night comedy in general is a boy's club, particularly a white boy's club (There aren't any Asians or Hispanics on the show either, male or female, though cast member Nasim Pedrad is Iranian-American).

Petty said she didn't think there was a conscious effort to be exclusionary on "Saturday Night Live." ''But when most of the people in the boardroom (making casting decisions) are white men, that's going to happen," she said.

The show still is an important part of the culture, and misses something when there's a lack of diversity, she said. She cited political humor as something that would benefit from different perspectives.

Discussing the issue on Roland Martin's radio show recently, comic Kym Whitley wryly noted, "They do have sisters on there - they're just brothers playing sisters."

Not anymore. Both Thompson and Pharoah are balking now at performing in drag. They won't put on wigs, makeup or dresses to portray Oprah Winfrey or Whoopi Goldberg, for example.

Performing in drag has been a contentious issue among black comics, even as people like Perry and Flip Wilson portrayed signature female characters. Having men portray women frequently turns them into cartoonish or stereotypical characters, said Darnell Hunt, a sociology professor and director of the Ralph J. Bunche Center for African American Studies at UCLA.

"You are almost locked into certain types of portrayals of black women, if you have them at all," Hunt said.

David Bauder can be reached at dbauder@ap.org or at twitter.com/dbauder. His work can be found at bigstory.ap.org.