Like Icarus, Are Urban Cities Flying Too Close to the Sun? 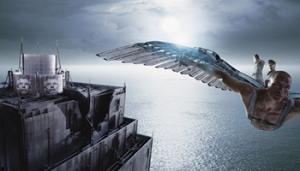 Urban planners, much like Icarus dream and long to soar above the mundane and ordinary in the great metropolis race. Photo Credit: icarus.jit.su

For decades, American cities have raced to achieve the extraordinary in building skylines, attracting businesses amid periods of economic prosperity and decline.

It is reminiscent of the tale of Icarus. We know the great story of Icarus and how he enjoined himself to the beauty of flight. But, as he took flight and soared to great heights, he forgot one thing: the wings were fastened together with wax, and when he flew too close to the sun, he fell.

Urban planners, much like Icarus dream and long to soar above the mundane and ordinary in the great metropolis race.

Perhaps, there are lessons from Icarus that we can learn. As we herald new ages, have we become more and more like Icarus? We have achieved great heights in Technology, Medicine, and the Arts. Yet in many areas whether it is urban development, energy exploration, are we beginning to fly too close to the sun, forgetting the make-up of our wings?

We are aware of the demise of the city of Detroit, recently making history as a city of its size declaring bankruptcy. Having to file for bankruptcy is indeed a hard blow for any local government to swallow. But this should sound the alarm as a cautionary tale of excesses whether it is unattended urban decay, flight, poor management of resources or some other contagious or cancerous condition. 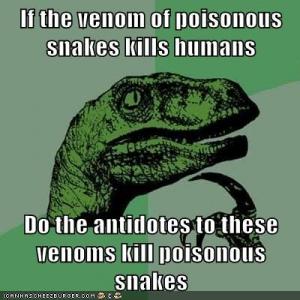 To primarily rely on the "cog" of tax in the wheel of progress, whether applied to the creation or the cure, is like saying that although flats may occur, I don't need to prepare for them or have a backup plan. We may or may not agree with the formulaic approach of excessively taxing inperpetuity, but it has been and continues to be the support structure that helps finance the very framework that provides necessary services and programs that the society itself needs to function.

Another way of looking at the financing dilemma faced by large cities is to think of a poisonous snake. Let's say you have a poisonous snake, you get bitten, and you don't have very long before you die. You need the venom itself to produce the antidote, but you don't have the necessary equipment available to extract the venom and produce the antidote that will save you.

Whether it is being caught "up" like Icarus and soaring too high with unreliable wings or being bitten by a pet poisonous snake, are the dire or deadly that could result from either malady awaiting many other cities in the nation if they don't correct the trend?

The axiomatic expression, "all politics are local" also is worthy of serious reflection when it come to the growing plight of large cities. If city governments are not solvent, they do not have money to give to the states. That's a problem. If states have no money to give to the federal government, that's a real problem. To expect that the state or federal government to bail out cities creates a more complex and far-reaching issue.

How do contemporary cities avoid the Icarus syndrome, or falling prey to the poisonous snake and needed its antidote to bring about the cure?