Riley Cooper Is Back, But Controversy Remains 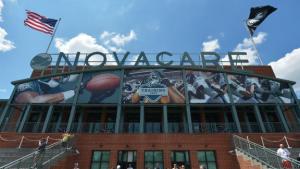 Wide receiver Riley Cooper’s return to Philadelphia Eagles still is mired by controversy because there is a question about whether he has returned because the racial slur controversy has been remedied or because of his importance the team’s performance and high steaks of the financial bottom line. Photo Credit: espn.go.com

Wide receiver Riley Cooper is back with the Philadelphia Eagles – but the controversy that he caused remains. Is it because the racial slur controversy has been remedied or is it because of the importance of Riley Cooper’s performance and the impact on team’s bottom line?

Cooper was caught on video using a racial slur at a Kenny Chesney concert in June. When the video was made public it caused widespread outrage. The Eagles at first just attempted to fine Cooper and let him remain with the team. However, as the controversy built, and several Eagles’ players let it be known that they were not ready to forgive Cooper even though others had, the Eagles realized that they had to go further.

Cooper left the team for an undisclosed amount of time to undergo sensitivity training.

Cooper has returned to the Eagles. He practiced with the team, and he played in the team’s first pre-season game. For his part, Cooper has gone to each Eagles player and expressed his remorse. He has also apologized profusely numerous times in public. 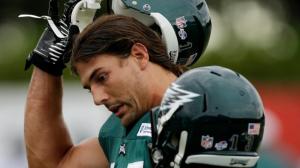 However, his return to the team so quickly has raised some eyebrows that the team is rushing him back. Some feel that there was hardly time to teach any type of sensitivity in the few days Cooper was gone from the team.

Underlying all of this is the Eagles’ desperate shortage of veteran wide receivers. The team has a new coach this year in Chip Kelly, and he is installing a new offense. The wide receivers are supposed to be a big part of this offense. However, one starting wide receiver from last year, Jeremy Maclin, has been lost for the year with a knee injury. This leaves the team with just Cooper and one other veteran wide receiver. Cooper, a fourth-year man, was being counted on to pick up the slack caused by Maclin’s absence.

The Eagles are counting on big things this year from Kelly to revitalize a fan base that soured on the team after a disastrous season last year. Some are saying that Cooper’s quick return to the team is more about the team’s performance and the bottom line than the fact that the racial slur issue has been dealt with.

The only thing that is certain is that the issue isn’t going to go away soon. It also raises the question of how the team will deal with the situation if it continues to fester.