College Degree Will Be Out of Reach for Many Blacks 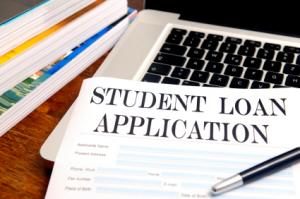 A college degree will be out of reach for many blacks because federal loans are becoming increasingly more difficult to obtain. Photo Credit: collegescholarships.org

At a time when overall black unemployment remains nearly two times that of whites and federal PLUS loans for education are becoming more and more difficult to get, the overriding question of the day: What's a black student to do to get a college degree, to have any hope of escaping a life of poverty? Getting a college degree will be out of reach for many blacks.

For as long as they have existed, Historically Black Colleges and Universities (HBCUs) have taken on the mission of servicing the underserved, low-income, financially strapped families and their more than capable offspring. But with the economy now being what it is and the task of keeping up with even the most basic of tuition payments becoming as challenging as it has, a college degree will still be out of reach for many blacks.

Graduation rates for HBCU students have dramatically dipped, with the Associated Press reporting that the percentage of graduates declined at 57 of the 80 four-year HBCUs that have complete data for years 2006 (37.7) and 2011 (33.7). That further translates to mean that of the 47,139 students who entered HBCUs six years before, only 15,885 of had completed their degree by 2011.

"Particularly after this recession, I'm looking at an African-American unemployment rate of 16 percent, that's touching my students," said Walter Kimbrough, president of Dillard University in New Orleans. "They all know somebody who's lost their job, and if it's somebody who's helping them pay for their schooling, we may not see them next semester." 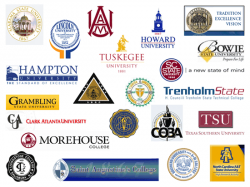 Indeed, a recent study found that two-thirds of students attending the 193 most selective colleges come from the top 25 percent of income, in stark contrast to the climate at most HBCUs, where roughly two-thirds of all students come from families earning less than $40,000 annually and thus heavily relying on Pell Grant assistances. Overall, only 83 institutions nationwide have as many as 60 percent of their students receiving Pell Grants, fifty of them, according to Kimbrough, being HBCUs.

"It's simple economics," he said. "If you get rid of poor kids, your graduation rates can go up. Kimbrough said overall funding increases in the president's first-term had been helpful, but the most important thing was heading off cuts to the Pell Grant program that since flattened. "We'd just like to see a little more forcefulness to make sure our students are protected."

Add to that environment an economy that remains stubbornly resistance to even the likes of the young "Morehouse Men' fortunate enough to walk the stage and shake hands with the president and the slippery slope he was forced to navigate becomes even more captivating.

Sometime just before noon, with the rains yet falling from the heavens, President Barack Obama took the podium at historic Morehouse College on Sunday and delivered a speech to the graduating class of 2013 as layered and comprehensive as any legislation he's sought to enact in his now half decade long reign at the White House. 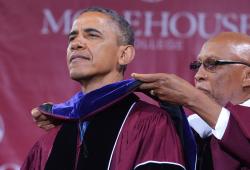 "Take the power of your example and use it to improve people's lives," he told the assemblage of roughly 500 graduates. The president also implored those headed to law school to think about defending the poor and those planning to attend medical school to consider treating patients in low income neighborhoods where access to health care can be gravely limited.

As for those planning for post-graduate MBA type degrees, he asked that they think about how to put more people to work or how best to turn around struggling neighborhoods.

Back in 2010, Obama spoke to the graduating class at Hampton University during which he stressed to wide-eyed students: "Now that your minds have been opened, it's up to you to keep them that way. That, after all, is the elemental test of any democracy---whether people with differing points of view can learn from each other, work with each other, and find a way forward together."

Some three years and countless lessons from the school of hard knocks otherwise known as hardline, partisan politics later, and even the commander-in-chief seemed to be singing a somewhat altered tune.