Latinos: A Multi-Racial And Ethnic Group Whose Growing Influence Is Undeniable

The nation’s changing demographics is not only changing the makeup of the United States, it is also changing politics. As the Latino population rises, we are seeing more Latinos running for office in both the Democratic and Republican parties.

Bob Pacheco, a former California State assemblyman, says that as Latinos make more money and achieve more education, they are becoming motivated to take an active role in politics. “Latinos are interested in the same issues as everyone else, jobs, healthcare, and the growth of government,” he says.

Pacheco, who is currently state chair for the Meg Whitman and Carly Fiorina campaigns, says that he is seeing a lot more interest in politics from young Latinos. “They see an opportunity to represent Latino constituencies and advance themselves.”

Pacheco says that he first got involved with politics over a local issue, while working with a local group that wanted to build a church; however, the Walnut, CA, City Council, turned down their proposal. Pacheco went to a council meeting and made a passionate speech. The mayor was impressed and advised him to get active in local politics. Pacheco later won a seat on the Walnut City Council and went on to serve in the California Assembly. Pacheco has also worked on presidential campaigns for George W. Bush, and John McCain.

He says that being involved in state and local politics has been an education for him. Pacheco has seen how the system operates, and understands why some young Latinos run into problems when they try to run for office. Pacheco explains that any young person interested in starting a political career needs to know that you need a political network and money. “When I ran for city council, I spent $15, 000,” Pacheco says. “The last city council race in Walnut cost $75,000.” Pacheco adds that he sees many young Latino political candidates deterred because they cannot match a well-funded candidate.

His local political base helped Pacheco because of his activities in the local community, including church and youth leagues. These contacts later came out and supported his campaign. “I created a following, a network of people,” Pacheco says. “When I decided to run, they all jumped in.”

Pacheco advises young Latinos to get involved in their local communities and local politics.

“Many people complain about government, but don’t want to get involved. If you don’t get involved, you don’t have a reason to complain.” 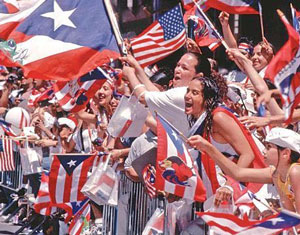 Joe B. Vaughan Jr., a former Texas political writer, has witnessed the growing political power of Latinos in the Lone Star State. He addressed many of these issues in his book, “Suburban Manifesto: How to Make City Hall Do Exactly What You Want.” In the book, Vaughan describes how he staged a successful, legal revolution in Irving, TX. during the 1990s.

“I think that the Hispanic population has reached a critical mass across American culture, making their influence and presence undeniable across our society,” Vaughan says. “I believe that with the positive centralization afforded by the Hispanic communities comes the need for local, regional, and national representation. And to provide the representation these communities really deserve, they must look within for their candidates, people who know the issues firsthand, and can do the best job making positive changes.”

Vaughan says that society is now beginning to show many signs of the growing Hispanic influence, whether it is Spanish-language television stations, or advertising. The Latino community now also realizes that they can turn this financial power, into political might. “I think that the Hispanic community now sees the results of its influence, as well as the responsibility to ensure that influence is used in a positive way. As a result, more Hispanic politicians are rising to accept that responsibility,” Vaughan adds.

Vaughan believes that Latinos have to take an active role in politics to make sure to have proper representation in their communities, and to keep the politicians honest. “The biggest problem in American politics today is our elected representatives promising one thing, and then doing the opposite, usually under the influence of lobbyists. The only sure way to correct that problem is to elect representatives we can trust, and then make sure they keep their word. If they do not keep their word, we need to elect new representatives. In the Hispanic communities across America, it is important to elect people you know, people who have local history in those communities, and people you can talk to face-to-face. That means our elected representatives must come from us, whoever we are. If I am Latino, I want a Latino representing me – one I know I can trust.”

According to Vaughan, Texas’ fast-changing demographics will also change the legislature and the issues it focuses on. Vaughan says that immigration and equal representation are two pressing issues in Texas.

“Considering that the population in Texas is shifting to Hispanic, and so much so that over the next 15 years or so, Latino voters will be in the majority,” Vaughan says. “I hope that Hispanic legislators down in Austin are preparing the way for this important shift. They should be.”

Many young voters of all ethnicities were inspired by Barack Obama’s run for presidency. However many of those new voters, who were caught up in a moment of history, have lost interest in day-to-day politics such as city council and congressional races. The Democratic Party is working hard to reenergize the young, idealistic voters who were the lifeblood of the Obama campaign. Vaughan says keeping people motivated is always a challenge.

“As with any candidate or, as in my case, activist, often the most difficult challenge is keeping people involved with the political process,” Vaughan says. “In my book, “Suburban Manifesto,” I refer to the irritation threshold, the point where an issue becomes so irritating or important, that one must rise up, off the sofa, away from “American Idol,” and go down to City Hall, and demand change.”

He adds that, “The problem is that once that issue is resolved, most people go back to their sofas. Instead, voters should take a little time, and stay aware of what their elected officials are doing. That way, there are no surprises, and the issue does not run so negatively that people have to react from a point of irritation, or fear. If everyone took the time to watch a small part of their government, the time they invest is small, but everybody stays aware, and the elected representatives stay aware that their constituents are watching.”