Diversity In Its Truest Sense: Inclusion For All Goes Beyond Race & Gender 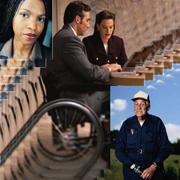 Illustration of race and gender

Multiculturalism, inclusion, economic parity, and cultural diversity, are among the many “buzz words” in corporate America today. The primary emphasis is on “leveling the playing field,” which has long been uneven for and, even sadder, unapproachable by a large segment of our society. Of these words, diversity has become the most prominent in the business arena for a number of reasons. The overall dimension of a diverse culture in this global “melting pot,” has set the stage for the economic, and social changes that generates the greatest economic ripple effect.

This issue of diversity largely addresses ethnic and gender categories focusing primarily on the opportunities and challenges faced by people of color and women.

However, the umbrella of the underserved has expanded to include a wider range of constituency groups whose “differences,” go beyond race or gender, but whose right for protection and fairness under the law is still intact, and in some cases, secured by the same legislation designed to benefit minorities and women. These groups include senior citizens; the physically challenged; and the gay/lesbian/bi-sexual/transgender communities. In order to have an “inclusive” social community, it is imperative to have a diverse business environment that is not “exclusive,” one that fosters an understanding of a wide range of cultures, ideas, and preferences.

The roots of diversity are grounded in a long-standing history of governmental reforms designed to provide “equal access” to opportunity “under the law.” From the enactment of the 13th Amendment that made slavery illegal, the 14th Amendment that guarantees equal protection under the law, to the Civil Rights Act of 1964, Title II and VII, which, in addition to forbidding racial discrimination in employment, also forbids racial and sexual discrimination.

However, the wording for much of what is incorporated into the language used today in government and business, generated from John F. Kennedy’s 1961 Executive Order 10925. This order states that federal contractors must “take affirmative action to ensure that applicants are employed, and that employees are treated [equally] during employment, without regard to their race, creed, color, or national origin.” The language was re-used in Lyndon Johnson’s 1965 Executive Order 11246, and according to the National Organization of Women, and following a pattern that continues today, Johnson expanded the Executive Order to include affirmative action requirements to benefit women.

While it was imperative to continue to reinforce the importance of inclusion in federal contracting with statements like “affirmative action,” in order to counteract discrimination, corporate America continued to operate largely entrenched with the “good old boy networks.”

“Diverse communities forming alliances and sharing resources truly reflect the global landscape, and provide core competencies,” states Lora Trimingham, President & CEO, LoraWorld, Inc., who is a diverse business consultant. “However, as a diverse supplier, it is evident that until a person’s capabilities are put before characteristics such as gender, ethnicity, or orientation, corporations will continue to require some regulations, or supplier diversity program.”

There are many business development organizations, including the National Minority Supplier Development Council, and Women’s Business Enterprise National Council, that provide training modules, and support systems for corporate America to help them establish, and maintain effective supplier diversity programs. “If corporate America is going to increase their business outreach spending to accommodate the additional categories of diverse suppliers, than their programs will become more effective,” Trimingham adds.

According to Ethnic Majority, most people would agree that cultural diversity in the workplace utilizes our country's skills to its fullest, and contributes to our overall growth and prosperity. The reality of the situation is that it has not happened, and progress remains slow while the gap between the "haves," and "have nots," continues to widen. How can we continue to have a lack of diversity in a country where the prominent symbol of the Statue of Liberty stands, highlighting the famous phrase “give me your tired, your poor, your huddled masses yearning to be free, bring these tempest tossed to me.”? 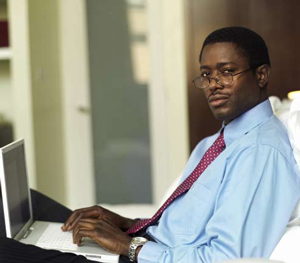 Looking at the history of “affirmative action” on the federal side provides the backdrop for its early days in corporate America. As noted in Black Collegian, the federal government used affirmative action as a “club” in the late 1960s and early 1970s to force American companies to hire people of color, and women for upper management positions.

With mandates in place to monitor corporate America’s progress, the slow, but steady improvements began to take place, and terms like affirmative action, and quotas, were replaced with the current terms of diversity, inclusion, and benchmarks. However, two things became clear – first, many top management doors were still closed to people of color, and women, while there were others who, by the nature of the law, had protections against discrimination, but had their own battle to be accepted as diverse, not just different.

Around the same time that government legislation, and corporate monitoring was taking place to open doors for people of color and women, the gay community began its own “grass roots” effort for acceptance and inclusion. Based on a study titled, Business Case for Diversity With Inclusion, there is little hard data to identify the true numbers within the ranks of the gay, lesbian, bi-sexual, and transgender (GLBT) community, but their estimated buying power is $450 million.

While it is one thing to fight for your rights based on race, and gender, fighting for acceptance based on sexual orientation brings a new host of challenges, most of them uphill. According to Governing.com, since the 1969 Stonewall riots in New York launched the modern gay-rights movement, cities have been by far the major focus of gay and lesbian activism. Gays have always liked big cities for their protective anonymity, so when the push for legal protections began, it was logical for them to start there.

Today, even as a national debate brews over same-sex marriage, cities are still the center of action. A couple years ago, Washington, D.C.-based Human Rights Campaign, reported that 119 cities had passed laws prohibiting workplace discrimination based on sexual preference. Some 140 cities or local government agencies now offer domestic partner benefits for public employees.

While the GLBT community takes their battles into the streets, the new majority minority, includes people living with disabilities, but they are quietly creating an impact for inclusion that marketers are taking note of and labeling an “emerging market.” United State Census data confirms that people with disabilities represents the largest minority group and its numbers span across age, gender, ethnicity, and sexual orientation with a 25 percent growth ratio between 1990 and 2000. It will be interesting to see what the 2010 Census shows. 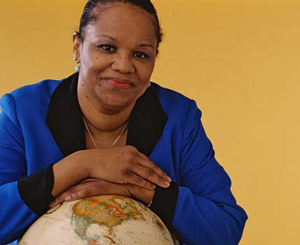 Although legislative protections like The Americans with Disabilities Act, and other laws brought about through the efforts of many disability organizations have improved conditions for people with disabilities, such as improving access to buildings, increasing educational pursuits, and expanding employment opportunities, progress is still needed in social interactions. The key to this inclusion are the improvements in understanding, and communication with people with disabilities. Companies that plan to lead their businesses into the future with a diversity model in their game plan must consider the social implications, and marketing requirements for this segment of the population.

Medical advances and better living has extended the lives of many, although research indicates that whites outnumber non-whites in the 70 and older set 5 to 1. Senior citizens are becoming well informed in many areas including over 14 million who are familiar with and utilize the internet. Senior citizens are more involved in their advocacy in government in issues that pertain to them, especially Social Security, Medicare, and Eldercare. From establishing PACs, lobbying for elder reforms, advocates for Gray Power, and Seniors Rights, they have proven that the age of retirement does not mean just rocking one’s life away. This community is still vital and active, and needs to be heard and involved.

Sparking their own chord for inclusion, the new additions to the diversity bus are charting their own, unique course that incorporates a broad range of avenues including economic, social, political, and radical. These avenues exposed people nationwide to new ideas and a broader awareness of the world around them. In order to be heard, and consider inclusion in this political and social game, does require one to take actions outside the box. Major businesses must embrace these broader “minority” groups, and educate themselves regarding their needs, as they are the workforce of the future.

Diversity in its “truest sense,” must reflect that rainbow of residents that not is only based on race and gender, but sexual orientation, physical challenges, and advanced age. A lyric in a famous song states, “We are the world, we are the people…” Diversity represents all people, and provides for understanding, and acceptance, based upon communication and interaction.