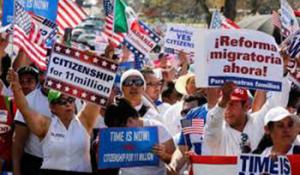 Despite the results of an exhaustive study that Republicans must embrace and champion comprehensive immigration reform, they seem poised to ignore it. Photo Credit: cmononline.com

Will Republicans ignore passing legislation to achieve lasting immigration reform, or will they use President Obama’s executive action as an excuse not to do so during the next two years? What implications will their action or inaction have on the outcome of the 2016 presidential election?

Less than two years ago, party leaders solemnly declared after an exhaustive study that the GOP "must embrace and champion comprehensive immigration reform." It was critical for the party's survival, they said, to address an issue that was paramount to the nation's surging Hispanic population. But as President Obama issued a sweeping immigration order last week, some of the Republican Party's most prominent governors - likely presidential candidates among them - described immigration reform as little more than an afterthought.

"This issue is probably not in the top 10 of most voters in America," Wisconsin Gov. Scott Walker, who is considering a 2016 White House bid, said alongside nodding colleagues at the Republican Governors Association annual conference in Florida. Walker dismissed the Democratic president's order that shields as many as five million immigrants from deportation as a trap designed to divert attention "from the real issues in this country."

The comments reflect a dramatic shift among some GOP leaders emboldened by this month's midterm success just as the next presidential contest gets underway. Having claimed the Senate majority in the low-turnout November campaign, the sense of urgency that dominated Republican leadership after losing the White House in 2012 has all but disappeared.

The evolution presents risks, however, for Republicans competing in a 2016 election that will draw a much larger and more diverse electorate - especially in a handful of swing states where the Hispanic population is quickly growing.

The contrast between the parties has never been clearer.

"Now," she said in a tweet, "let's turn to permanent bipartisan reform."

And as Hispanic leaders cheered the order, potential Republican presidential candidates threatened lawsuits and perhaps a government shutdown - but no immigration policy of their own.

The Republican criticism has focused on the president's decision to act unilaterally, although political strategists acknowledged the distinction may matter little to Hispanic voters come 2016.

"Republicans ought to stand up to a president who is trying to make himself an emperor. If we lose a vote or two over that, so be it," said Henry Barbour, a Republican operative who helped author the very report calling for his party to embrace immigration reform after Hispanic voters swung sharply against the GOP in the 2012 presidential election. 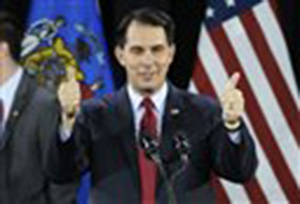 Republicans routed Democrats in this month's midterm elections, although most of the competitive contests played out in states and congressional districts with small Hispanic populations. Nationally, the share of the Hispanic vote is surging, especially in key swing states like Colorado, Florida and Nevada.

Since the Bush years, however, conservatives have emphasized border security while aggressively resisting reforms that include a pathway to legal status for the estimated 12 million immigrants in the country illegally. Romney in 2012 called on such people to "self-deport," a position that was popular with conservatives but haunted him in the general election.

"Shame on us as Republicans," South Carolina Sen. Lindsey Graham said on Sunday, citing House Republicans' resistance to an immigration bill approved by the Senate.

Republican Hispanic leaders who opposed Obama's plan predicted Republicans would struggle again in 2016 if they simply attack the executive order without offering their own solutions. The party needs to address the millions of immigrants in the country illegally instead of simply focusing on border security, said Alfonso Aguilar, who worked in the George W. Bush White House and now leads the American Principles Project's Latino Partnership.

"If Republicans focus all their efforts on trying to attack this order and don't lead, and pass legislation, they're just going to hurt themselves with Latino voters," said Aguilar, who described the executive order as a "Band-Aid that doesn't resolve the problem."

New Jersey Gov. Chris Christie refused to disclose his own position on immigration as he repeatedly criticized the president's order. Indiana Gov. Mike Pence called for an immediate court challenge.

Texas Gov.-elect Greg Abbott was one of the few Republican leaders to emphasize the need to attract Hispanic voters. He suggested that his wife, who is Hispanic, helps demonstrate that Latino voters and Republicans have much in common.

"Once we marry those two communities- the same way that I've been married to my wife for 33 years - we will have lasting Republican majorities, not just among governors, but across the United States of America for decades to come," Abbott said.

clearly this isn't as important as our " unjust system"