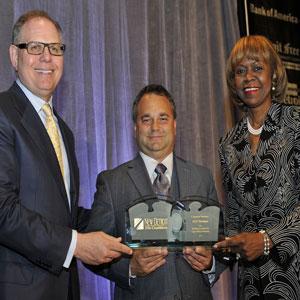 Balancing the economic differences between the minority and majority communities throughout the nation remains a lingering problem as major metropolitan areas continue to dig out from under the 2008-09 financial melt-down. A good key indicator is small business ownership, an elusive goal for many people of color, particularly African Americans.

No where is this gap more evident than in metropolitan Detroit. In fact, in all of Michigan, African Americans own just 5.79 percent of businesses. But the coalition that makes up the non-profit New Detroit is addressing this issue by promoting policies that strive toward economic equity in Southeast Michigan.

“I think that the business community is beginning to understand that, in the process of all the groups coming to together, there’s power in that and the ability to get things done,” says Shirley R. Stancato, President and CEO of New Detroit. “I see that more and more and more.”

New Detroit was founded in the wake of the 1967 civil unrest when the then Michigan governor and Detroit mayor tapped local businessman, Joseph L. Hudson, Jr. to assemble a coalition - the first of its kind in the nation - to help make genuine change happen. Since then, New Detroit’s coalition of local business and labor leaders, foundations, civil rights organizations, health and human services, education, and the media have come together to chart strategies that ensure economic and social equality.

“Our methodology here is all about teaching people to fish, instead of giving them the fish, and so throughout the years we’ve helped start organizations and then have them stand on their own,” says Stancato, who has been with the organization for 12 years. “One of the things that’s happening from a new models perspective is there really is a lot more collaboration and coalescing, so instead of having five groups doing a particular thing, these groups are coming together.”

In one recent success, general contractors were required to involve minority sub-contractors in a Detroit Public Schools project - the first time on a project of such scale. Stancato says that institutional change has been “hugely successful” in ensuring minority involvement and she is now working around getting people of color in the skilled trades.

“So there are still pieces of the puzzle that needs work,” says Stancato.

New Detroit did a business survey over the last 18 months to find out exactly what issues were holding businesses back.

“One of the issues that the minority businesses have and always talk about is access to capital. Some folks said: ‘I can’t get a loan, I have issues with payables,’” notes Stancato.

The results of that survey is the basis of New Detroit’s up-coming “Maximizing Small Business Banking Relationships,” a two day seminar March 14th and March 24th to offer strategies for more effective communication with lending institutions. 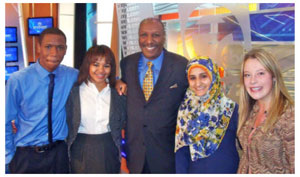 The November 2011 unemployment rate for people of color in metro Detroit was 11.2 percent while nationally it was 8.7 percent. And according to the U.S. Census Bureau, the overall poverty rate in metro Detroit was more than 15 percent, while for African Americans it was 33 percent and Hispanics at 27 percent.

“So when we talk about measuring the gaps and disparity that can be measured by race, then the focus is on ensuring that that gap gets closed,” says Stancato.

The organization’s 14th Annual New Detroit “Closing the Gap” awards dinner takes place on June 19, 2012. It’s a big deal for the community, with generally about 700 people turning out to honor those who strive to close the gap.

“Our focus is on holding up individuals, community-based organizations, and corporations who’s work is aimed at closing the gaps,” says Stancato. “Sometimes recognizing what people are doing, particularly as it relates to this work around race and race relations, encourages them.”