Government Is Big Business: What Has Been Your Experience Lately? 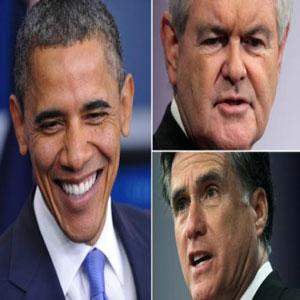 As the GOP field narrows, President Barack Obama will run against either Mitt Romney or Newt Gingrich in the 2012 Presidential Election. Photo Credit: america24.com

With the 2012 Presidential Election in full campaign mode, the central theme among candidates is jobs, and what and how the next president should get more Americans back to work — what should be done to get the economy healthy again.

What about the perennial issue of how government functions, period?

Government is big business. Some would argue that it is among our biggest businesses — not only in Washington, but also in local and regional offices across the nation, and its satellite offices (embassies, military bases) around the world. But, many of us rarely think of government in that light because of the bureaucracy and the apparent inefficiency and slowness in which things seem to get done.

Government often becomes the “whipping boy” for the private sector because the less-efficient and less-effective often taint the good and efficient branches. Many lessons and practices can be learned from a well-run business and corporate environment. Government has a branding problem. It is in need of an image makeover.

While one could list a number of things that have contributed to the low esteem in which many businesses and tax-paying citizens hold government and its employees, top of the list is the difficulty John or Jane Q. Citizen has in simply getting a question answered and a problem addressed in a timely manner. It is not uncommon to call some governmental agency, at the city, state, or federal level in search of information that you would think would be at one’s fingertips, only to find that the person answering the phone hasn’t a clue as to what you are talking about. 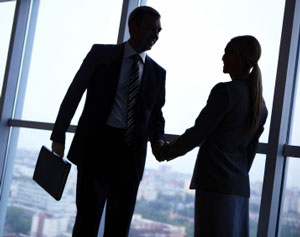 To add insult to injury, the person answering the phone might boldly indicate that he or she is not the least bit interested in trying to find out what you are talking about or how he or she might assist you in solving your problem. And God forbid, if you are persistent, and ask them point blank to provide further assistance. In addition to the obvious irritation in their voice, you might get any number of reasons or excuses as to why they are unable or simply unwilling to not be of much assistance.

With such an experience, you, as businessperson or a taxpayer, are left with a bad sound in your ear and not a very good feeling about your government. Furthermore, you hang up the phone or walk away shaking your head and saying to yourself, such behavior would not be tolerated very long if you received such treatment from someone who worked in a department store. If you did not get any satisfaction when you complained to the store manager, you would gladly take your business elsewhere.

However, taking our business elsewhere is not an option when we fail to get good service from a city, county, state, or any other governmental agency employee. Too often, we are simply left with a bad image in our minds, which colors our view of government and how inefficient, non-caring, protected employees run the business within its walls — just that, ineptly and inefficiently.

Taking a proactive stand to apply competitive principles and practices in the management and delivery of public services could be a very good thing for both government employees and the citizenry alike. Many branches of government have moved or are moving to privatization of certain services. They are actually looking to the private sector to see if certain services can be provided in a high quality, timely, and more cost-effective manner which not only improves operations, but also makes citizens happier, thereby improving the image and relationship all the way around.

Marketization of services means that governmental departments and agencies create an environment where creativity and competition to deliver services better and more efficiently is not only encouraged, but also required. Encourage and reward the kind of work performance among governmental employees and departments that engenders pride that lets them know they are second to none in carrying out the duties and responsibilities of their jobs. That, indeed, when compared to private sector performance, they measure up.

Striving for good customer service, making it easy for citizens to get basic information about their government, get a problem solved and creating a user friendly environment, could go a long way in reversing the poor image many citizens hold of their elected and paid public servants.

After all, John and Jane Q Citizen are paying customers, too. They deserve the best in customer service.

Marketization of government services — applying private business practices to the public sector needs to happen more and more irrespective of who becomes our next president, governor, or mayor.