Are More Black Schools Being Closed Than White? 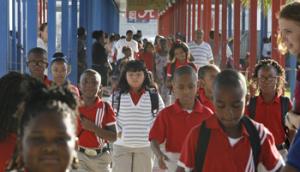 Are more black schools than white being closed as communities seek to set up more charter schools that are run by independent organizations? There are complaints against governing boards and agencies running public schools in Chicago, Newark and now New Orleans.

Representatives of two community groups in New Orleans have called for the resignation of state Education Superintendent John White because of comments he made recently in reaction to their civil rights complaint alleging racial inequities in state-governed public schools in the city.

In a letter released Thursday, the groups complained that White called the complaint that they and others made to the U.S. Justice Department "a joke" in a recent news article.

"As Superintendent, you should take seriously and investigate any charge of discrimination that harms students of color in Louisiana," said the letter from Frank J. Buckley of Conscious Concerned Citizens Controlling Community Changes; and Karran Harper Royal, of Coalition for Community Schools.

White didn't back down in an emailed statement.

"We take seriously the mission of raising graduation rates, increasing student performance, and ensuring all students have access to high-quality schools," White said. "We take seriously any group seriously committed to that mission. The group writing this letter is part of a national campaign that wants more to do with politics than with the success of children." 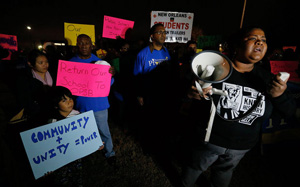 The groups are part of a coalition behind a complaint announced last month by an organization called Advancement Project. The complaint names government boards and agencies running public schools in New Orleans, Chicago and in Newark, New Jersey. At issue: the closure of traditional public schools or the conversion of them into schools run by independent organizations under charters approved by state or local education officials.

In a recent article in Nola.com/The Times-Picayune, White disparaged the complaint as being politically motivated on behalf of teacher unions that have lost power amid the growth of charters.

White and Patrick Dobard, superintendent of the state-run system in New Orleans, have long touted improvements in overall public education in the majority black city, noting rising test scores. Before Hurricane Katrina, they say, only 35 percent of New Orleans' public schoolchildren attended schools that were not failing. That figure stands now at 92 percent, according to the state.