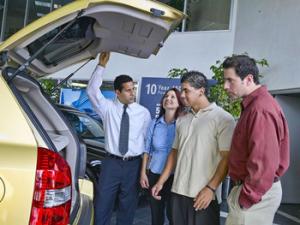 Ally Financial Inc. discriminated against Hispanics, Asians and African Americans and is paying $98 million to resolve U.S. government claims that minority borrowers were charged higher rates on its auto loans than whites with similar credit histories.

The agreement announced Friday by the Justice Department and the Consumer Financial Protection Bureau is the government's biggest auto-loan discrimination settlement to date.

Ally is paying $80 million in damages to about 235,000 African-American, Hispanic and Asian and Pacific Islander borrowers, and $18 million in penalties. The higher rates were charged on auto loans between April 2011 and December 2013, according to the government.

Detroit-based Ally is one of the largest indirect auto lenders in the U.S. Ally doesn't make auto loans directly to consumers; it buys the loan contracts made by auto dealers. Ally sets an interest rate for the loans and allows dealers to charge customers a higher rate, or dealer markup.

Ally says it sets rates based only on borrowers' credit profiles and that it doesn't practice or condone discrimination.

Ally said in a statement that "based on the company's analysis of its business, it does not believe that there is measurable discrimination by auto dealers."

At the same time, Ally said it takes the government's allegations "very seriously" and has agreed to the settlement terms. The company said it expects to take a $98 million charge against fourth-quarter earnings for the settlement.

Government officials said they have not accused Ally of deliberately discriminating against minority borrowers in its rate-setting. But whether the action is deliberate or not matters little to the borrowers who are discriminated against, they said. 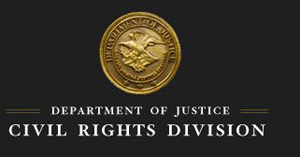 Under the settlement, Ally will have to monitor dealers' rate-setting to prevent further discrimination or eliminate the dealer markups. A compliance program to be established by Ally will include education of dealers about anti-discrimination laws and taking action against dealers when discrimination occurs.

"We are taking a firm stand against discrimination in a critical lending market," Attorney General Eric Holder said in a statement. "By requiring Ally to provide refunds to those who are overcharged because of their race or national origin, this agreement will ensure relief for Americans who are victimized."

The National Automobile Dealers Association said it fully supports the anti-discrimination laws but it criticized the approach taken by the regulators in the settlement with Ally.

"The CFPB continues to withhold the secret methodology it uses to determine whether unintentional discrimination has occurred," the group said in a statement. "The public still does not know whether the (CFPB) takes into account legitimate factors that can affect finance rates - for example, a dealer's ability, regardless of race, to lower the interest rate to meet a customer's monthly budget."

Ally, the former auto loan and mortgage arm of General Motors, received a $17.2 billion federal bailout at the height of the financial crisis, to save the company and keep auto loans flowing. Ally has repaid roughly $12 billion. The Treasury Department still holds a 64 percent stake in Ally, with the rest held by a mix of institutional investors.

GM said last week it has sold its 8.5 percent stake in Ally for about $900 million, expecting to record a gain of $500 million from the sale in its fourth-quarter earnings.