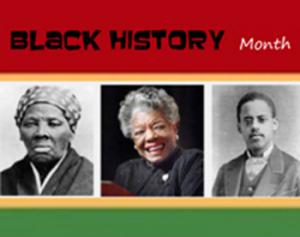 February is Black History Month, a good time to study and recognize the contributions and struggles of blacks throughout history, and especially in America.

Black history is about more than slavery and the civil rights movement. It also is about ancient civilizations that built great cities, made important scientific discoveries and built great societies. To not understand these aspects of black history is to deny a proud link to the past and a missed opportunity for all students that could help promote better racial understanding.

In recent years, the gap between blacks and whites in education, income and other areas of American life has been growing. Equally worrisome are significant and growing gaps among blacks themselves in income, parenting skills, social skills, education and community involvement.

Today, blacks are accepted into every aspect of American life and work. But, increasingly, blacks who share traditional American values and opportunities are further and further removed from blacks who haven't moved beyond the economic, education and social limitations in many communities, including our own.

Black history, like all history, teaches us that those who seize opportunity in the face of difficulty are rewarded and often prosper. Black History Month is about celebrating the past. Equally important, it is about looking to the future, about moving forward, not as blacks and whites, but as Americans.

I believe if you want to become something nothing can stop you if you are determined. It drives me crazy when people believe that they are stopped by their color. Race is something that is all in peoples heads. If someone does not want to hire you because of your skin color you should not want to work their anyway.