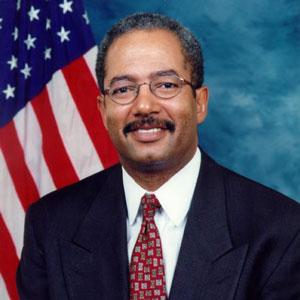 Congressman Chaka Fattah (D-PA), speaks what many think when he says it is sad to see our country spend billions on foreign support, but is not willing to spend it on our own country’s communities and people. Photo Credit: fattah.house.gov

There is a quiet battle happening over the budget for a program created in the 1970's that cities depend on to help bridge the racial disparity gap in affordable housing for minorities.

The Community Development Block Grant (CDBG) program was established in 1974 and is the largest and most flexible source of funding for cities and municipalities' to ensure decent affordable housing, to provide services to the most vulnerable, and to create jobs for "residents of predominantly low- and moderate-income neighborhoods, slum or blighted areas."

But as $147 million in sequestration cuts take effect and with the proposed additional $200 million cuts to CDBG in President Obama's Fiscal Year 2014 budget, a coalition of groups are voicing their concerns that the budget battle in the House and Senate will make things worse.

The U.S. Conference of Mayors closed their annual meeting June 24 with a call to arms, noting the proposed $200 million reduction in President Obama's budget, along with sequestration cuts already in effect, could adversely affect the people in communities across the country who need its services most.

But those cuts may go deeper as Congress considers the budget for the FY2014 Transportation, Housing and Urban Development bill (THUD), which contains the funding for CDBG. 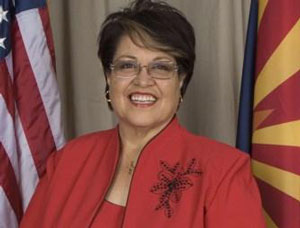 The House Appropriations Committee on June 18 released their fiscal year 2014 funding bill, which provides $44.1 billion in discretionary spending for THUD – $7.7 billion below the 2013 level and $13.9 billion below the President's 2014-budget request. The CDBG is now funded at $1.6 billion – $1.3 billion below the 2013 level and more than 40 percent lower than the level at which the program was originally funded in 1975 under President Gerald Ford. When the Committee took up the bill again on June 27, Congressman Chaka Fattah (D-PA), a senior member of the Committee, offered an amendment to restore CDBG funding to $3.3 billion, but it failed along party lines.

"As CDBG funding is so central to improving our local communities, it is sad to see that Congress is willing to spend billions of dollars overseas while failing to make that same investment at home, to local neighborhoods and families that need it most," said Fattah in a statement.

A delegation of mayors and city council members from the National League of Cities expressed alarm over the CDBG funding cuts during a Washington press conference.

"It is unconscionable that Washington continues to slash funding for programs that cities day in and day out depend on to support economic development and social service programs in their communities," said NLC President Marie Lopez Rogers and mayor of Avondale, Arizona.

Meanwhile, an internal split in the Republican Party in the Senate emerged when a half-dozen GOP senators voted June 27 on their own appropriations bill that would double the $1.6 billion the House offered for CDGB to $3.15 billion - even adding $350 million more than the president proposed. The six Republican senators joined Democrats in supporting the measure, including Sen. Susan Collins (R-Maine), who blasted her House GOP colleagues' spending levels.

This battle over CDGB means another budget confrontation in September when Congress and the White House must agree on a continuing resolution to keep the government operating before October 1, when the new fiscal year begins.