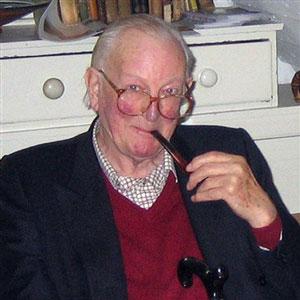 This is an undated handout photo issued by Random House of British novelist Tom Sharpe. Sharpe, who satirized everything from apartheid to academe in a series of best-sellers, has died at the age of 85. Sharpe's Spanish publisher, Anagrama, said he died early Thursday June 6, 2013 in the Catalan town where he lived. Photo Credit: AP/Susan Sandon/Random House/PA: NO ARCHIVE NO SALES

LONDON (AP) - Tom Sharpe, aptly named, was a writer who turned a razor-edged eye for absurdity on everything from the racism of apartheid to the squabbles of academia.

The British writer behind a string of comic novels including the campus classic "Porterhouse Blue" died at 85.

Sharpe's Spanish publisher, Anagrama, said he died Thursday in Llafranc, the Catalan town where he lived. His physician, Dr. Montserrat Verdaguer, said the cause was complications from diabetes.

Sharpe's first novel, published in 1971, was the South Africa-set "Riotous Assembly." He became one of Britain's most popular comic novelists with books that combined satire and farce, including "Blott on the Landscape," the "Wilt" series about a long-suffering college lecturer, and "Porterhouse Blue," set in a fictitious Cambridge University college.

Born in London on March 30, 1928, Sharpe studied at Lancing College and Pembroke College, Cambridge, before serving in the Royal Marines after World War II.

Some of his skeptical outlook may have stemmed from early disillusionment with the ideals of his father, a Unitarian minister, and admirer of Adolf Hitler. Sharpe later told a BBC interviewer that when he found out about Nazi atrocities as a teenager, "my mind was blown by the horror of what had been happening."

He sharpened his satirical ax as a young man working as a teacher and social worker in South Africa. After he wrote a play criticizing the apartheid regime, they country deported him in 1961.

His comic novels drew on his own experiences in South Africa; in Cambridge, where he studied; and on his time working as a college lecturer.

Both "Blott on the Landscape" and "Porterhouse Blue" became TV series.

Susan Sandon, Sharpe's editor at Random House, said he was "witty, often outrageous, always acutely funny about the absurdities of life." She called him "one of our greatest satirists and a brilliant writer."

Sharpe moved from England to Spain in the early 1990s, where he became something of a local celebrity despite his steadfast refusal to learn Spanish. 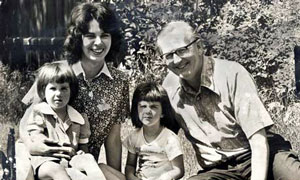 Yet Britain did not appeal to him.

"It is so depressing," he said. "I can't bear it. There is no such thing as the English gentleman any more. Money rules everything."

Sharpe's widow, Nancy Looper Sharpe, said she would remember her late husband for his sense of humor, his sense of morality, and his love of travel.

She said they plan to scatter the writer's ashes in Llafranc; in Cambridge; and at a church in his father's home village of Thockrington, northern England, where he spent summers as a child.