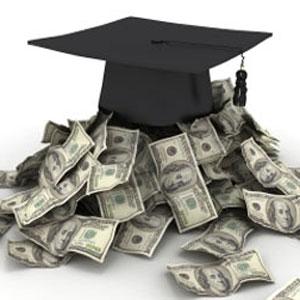 In today's society, most college age students need financial assistance to achieve their goal of going to school, but for those who qualify for merit based scholarships, that goal becomes even more difficult when universities focus on profits versus student diversity. Photo Credit: ahec.rockford.uic.edu

A study by the New America Foundation finds that the poorest, neediest college students are no longer the ones getting the most financial aid, instead many schools have turned to a primary system of merit based scholarships. Meaning universities focus on profits versus student diversity.

Coupled with an ongoing epidemic of rising tuition costs, the end-result is a less and less diversified student population, and a vastly increased number of minority students forced to put their educational pursuits on hold or walk away from them all together.

“Schools are working hard to bring wealthy students to their campuses,” researchers wrote. “For them, it’s all in the name of their relentless pursuit of prestige and revenue. After all, it’s more profitable for schools to provide four scholarships of $5,000 each to induce affluent students who can pay the balance than it is to provide a single $20,000 grant to one low-income student.”

Lost in that maddening equation is the fact that quite often students now being gifted “merit aid” aren’t any more deserving or academically prepared to take advantage of it than any of the suddenly disregarded would-be minority applicants. As proof, researchers cite data showing 19 percent of freshmen with SAT scores under 700 (out of a maximum 2,400) received merit aid, as did 27 percent of freshmen with scores between 700 and 999.

The term “merit scholarship,” they conclude, is thus a misnomer because schools can, and more increasingly are, distributing the aid however they please, which unfortunately means that universities focus on profit versus student diversity.

An equally harsh bottom line results in poorer families facing even graver decisions in trying to distinguish between what they can afford and what they are billed. Researchers add that nine of 10 private colleges now charge students whose families earn $30,000 or less, a net price of more than $10,000 and three out of five of those same schools charge those same students at least  $15,000.

Though not quite as wide, these merit scholarship gaps occur at most public colleges as well, with the overriding majority of them steep enough to force already handcuffed students into seeking high interest student or private loans, or attempting to work full time jobs.

In short, many of the safeguards put in place by the federal government decades ago to remove the financial barriers that prevented low-income students from pursuing secondary levels of education are now chipped away at to the point of non-existence. So merit scholarships will futher limit student diversity at many colleges and universities.

Although once embraced as a vital tool to even the playing field between the haves and have-nots, the manipulation of financial now goes to those who need and even actively seek it the least.

And with that, perhaps the clearest pathway to the middle class for low-income, working-class and minority students is all but shuttered. While there are a few private institutions, such as Harvard and Yale, that consciously work to leave smaller cost gaps for students to cover, the bottom line is their minority student population is often so low to begin with that the effort has ultimately little to no impact.