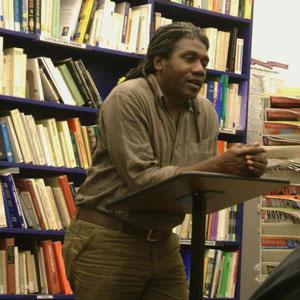 Often the people bold enough to point out racist aspects in our society are punished and this almost certainly seems to be the case with a leading Cuban official who recently decried the “blatant racism” on the island in an opinion piece published in the March 23, 2013 edition of the New York Times.

After publication of the piece, Roberto Zurbano was demoted from his job as publishing director to a minor job as an analyst at the government-run Casa de las Americas cultural institute. His article drew the ire of the Cuban government, which severely criticized it.

In his article, Zurbano said that Afro-Cubans remain on the lower levels of Cuban society. Thus, they are least likely to benefit from President Raul Castro’s economic and social reforms. This likely angered Cuba’s Communist government, which has long been committed to eradicating racism. Ironically, government officials including the president himself acknowledged that racism still exists. But to blatantly discuss it in an influential American newspaper goes beyond acceptable government criticism.

"Raul Castro has recognized the persistence of racism and has been successful in some areas (there are more black teachers and representatives in the National Assembly) to improve conditions, but much remains to be done to address the structural inequality and racial prejudice that continues to exclude Afro-Cubans from the benefits of liberalization," Zurbano wrote.

When contacted by the Associated Press, Zurbano refused to speculate on whether the article triggered his demotion. He attacked the Times for "manipulations" of his copy, "inaccuracies in translation" and "ethical violations." In response, the newspaper pointed out that Zurbano had signed off on the final version of the article.

Yet despite his criticism, Zurbano said that he did not want to retract anything in the article. "I continue to think the same ideas. There is still much to discuss about racism. That is and will continue to be my battle within and outside of the Casa de las Americas, but always within the revolution."

Robert Zurbano was fired for criticizing Cuba and speaking on racism is the obvious reason inequality exists in Cuba. It takes courage to be able to write on the issues involving racism in Cuba and the risk of being deemed as conspirator to the Cuban government. I am not surprised that speaking intrusive truth in Cuba can lead to being
scorned.