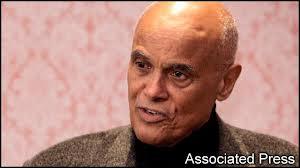 PROVIDENCE, Rhode Island (AP) - Singer, actor and civil rights activist Harry Belafonte on Tuesday urged leaders in the black community to get more involved in the national debate on guns.

Belafonte told The Associated Press that the current discussion arising out of the Connecticut school massacre in December often ignores decades of urban gun violence. He said it's important that African-American leaders participate in the debate over gun control.

"What really concerns me is the ingredients of the discourse," he said. "The African-American community ... where is that community? Where is that voice? I think the black community, the black leadership need to stir it up."

The 85-year-old Belafonte made his comments during a visit to the Rhode Island School of Design, where he delivered an address on his life as an artist and activist. He urged the 550 people in attendance to embrace "radical thoughts" for solving poverty, inequality, violence and greed. 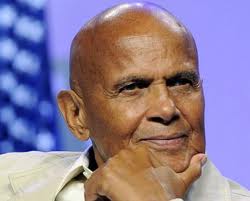 "What I find missing mostly in the American discourse is the rejection of radical thought," he said. "They (national leaders) speak within the same dull space they inherited from past oppressors."

Belafonte was called "The King of Calypso" for bringing Caribbean music to a global audience. He was also a key figure in the civil rights movement, giving financial support to Martin Luther King, Jr. and funding organizations like the Student Non-Violent Coordinating Committee. He was an organizer of the 1963 March on Washington.

More recently, Belafonte has worked on efforts to fight poverty and AIDS and was a vocal critic of former President George W. Bush. On Tuesday, he again criticized the former president, saying Bush led a "regime that stole an election" and led the nation to war in Iraq without justification.